One year later: How the Safety Stop Has Improved the Lives of People Who Bike

Washington became the fifth state to legalize the Safety Stop on Oct. 1 of 2020, allowing people who bike to treat stop signs as a yield if the coast is clear. As the anniversary nears, we spoke to people who bike about how the law is improving their rides.

Before the Safety Stop became law, Sal Ponce remembers riding his e-cargo bike through Beacon Hill neighborhood streets with his daughter in tow, diligently stopping at every stop sign even though there was no traffic. Though he would often yield at the block-after-block stop signs when biking by himself, he wanted to demonstrate proper behavior for his kids–but all his daughter felt was whiplash. 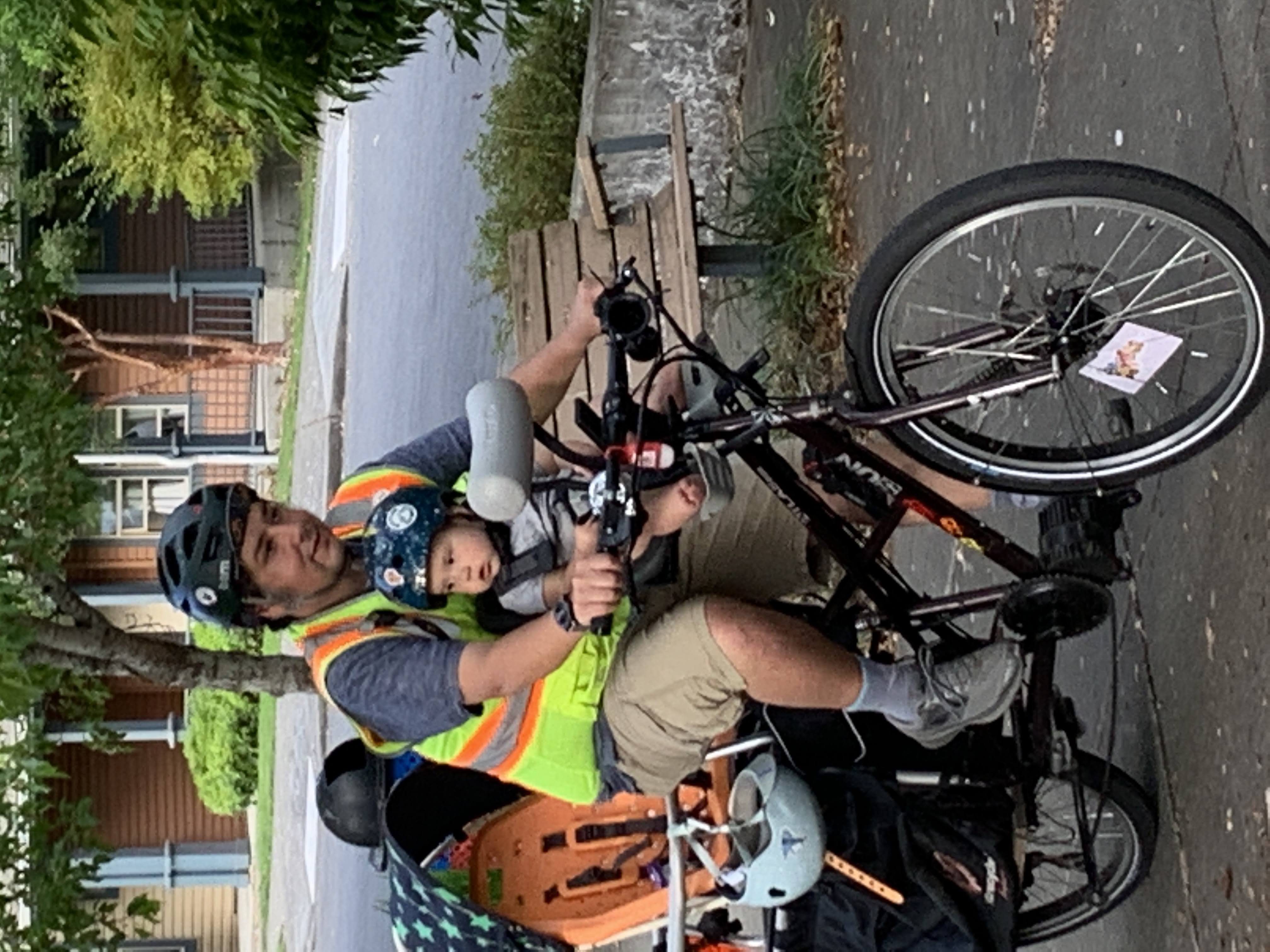 “My cargo bike is a bit of a boat, so my daughter started asking me, ‘Daddy, why are we stopping again?’ Being able to check intersections, keep a reasonable speed, and not have a jarring stop every block is one great result of the Safety Stop.”

The Safety Stop, which went into effect statewide on Oct. 1 of 2020, is an intuitive law that allows people who bike to treat stop signs as a yield, similar to the “Idaho Stop.” The law was Washington Bikes’ priority legislation during the 2020 legislative session because it helps prevent crashes at intersections, the most dangerous place for people on bikes.

The Safety Stop received overwhelming bipartisan support in Olympia because it is practical and seamless for how people already ride, and it keeps everyone safer on the road. When a similar law passed in Idaho in 1982, bicycle injuries dropped by 14 percent.

People on bikes are extremely vulnerable to being hit by distracted drivers when stopped at an intersection. In addition, people on bikes have an unobstructed view in all directions, unlike people in cars who have “blind spots.”

For Noelle “Bunny” Lindemann, the law ended her worry about being ticketed by police for riding in a manner she knew was safer. “I biked this way for a while, but I was always scared if a police officer saw me, what the repercussions were,” she said.

“Now, I am able to see what is coming and go or wait, and to stay at a better speed,” Lindemann added. “I don’t have to stop and start, and I don’t have to surprise drivers who aren’t looking for a cyclist to be starting and stopping.”

Here’s how the Safety Stop works: people on bikes are required to slow down to a reasonable speed at stop signs, a speed that allows them to stop if necessary. They must stop completely if there are vehicles or pedestrians in the intersection, if they are behind a school bus with a raised stop sign, and at railroad crossings when a train is near. If the coast is clear, they can roll on through the intersection, maintaining momentum and keeping traffic behind them from catching up or coming too close. The law actually improves the flow of traffic for cars, making it a win for everyone on the road.

Check out Olga Lucia Herrera practicing the Safety Stop in Spokane. Notice how the car behind her doesn’t have to get too close because she can roll through the intersection. 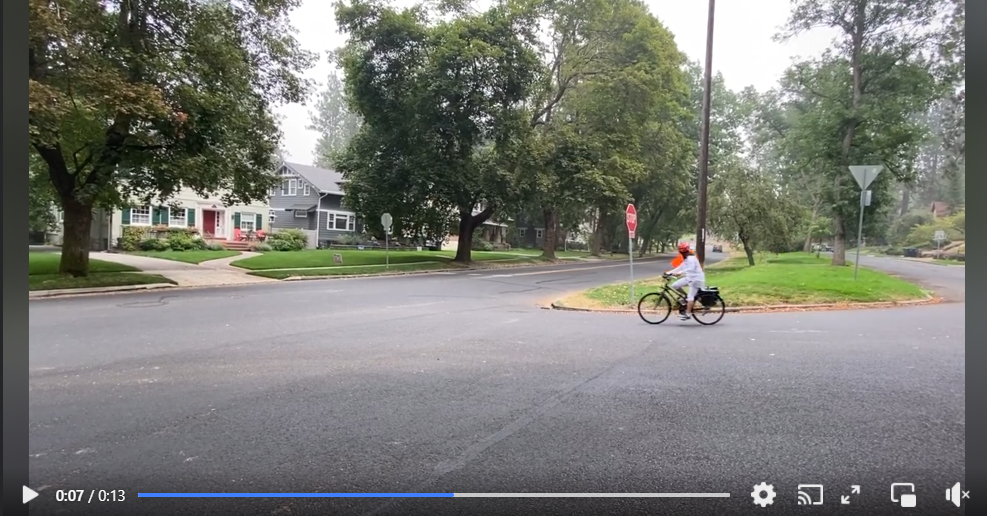 In addition to Washington and Idaho, Delaware, Arkansas, and Oregon have legalized a law similar to the Safety Stop. Oregon’s law passed in 2019 after several attempts. Due to the strong bipartisan support for biking in Washington state and WA Bikes’ ability to pass practical, safe, and smart legislation, the Safety Stop was passed on its first try. It was sponsored by Sen. Andy Billig (D-3rd) and Rep. Joe Fitzgibbon (D-34th).

“There’s a reason this law received huge support from both sides of the aisle in Olympia–it makes sense and it makes the roads safer,” said Alex Alston, Washington Bikes’ state policy director and lead lobbyist in Olympia. “The Safety Stop was approved so swiftly thanks to our supporters, advocates, and legislative champions.”

As Washington Bikes prepares to release its 2021 candidate endorsements, we will also be planning our 2022 legislative agenda. Stay tuned for info on electing bike champions statewide for more great bike safety laws, and for our upcoming legislative priorities.