US Bicycle Route System in Washington 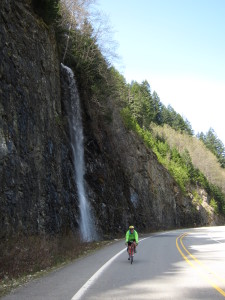 Imagine an interstate highway system for bicycles—officially recognized and signed bike routes that crisscross our country.  This network of bike routes will follow a mix of state highways, scenic byways, trails, county roads and city streets.  They will connect cities and towns, parks, landmarks, and other popular destinations, and travel through some of the best scenery that America has to offer.

This is no pipe dream.  It’s the US Bicycle Route System (USBRS).  The first two routes were certified by AASHTO – American Association of State and Highway Transportation Officials – in the 1980s.  A few years ago, Adventure Cycling Association decided to lead a national effort to complete the USBRS and eight additional bike routes have been certified.  Now over 40 states are working on growing the system.

The USBRS taps into the rapid growth nationwide of bicycle travel and tourism, and Washington Bikes is pleased to be leading the effort for our state.  We have partnered with Washington State Department of Transportation (WSDOT) to create six or more US bike routes along corridors identified by AASHTO. 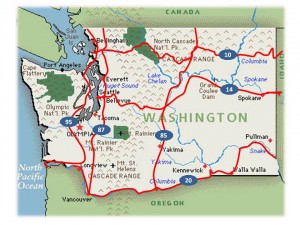 Planned US Bicycle Routes in Washington. (Map courtesy of WSDOT.)

USBR 10, the east-west route across northern Washington, is the first officially designated route in Washington. Towns along this route and scenic alternate loops can look forward to increased business from biking customers.

Stay Informed On the US Bicycle Route System in Washington

If you’d like to know more about how you can welcome bike business or help with the USBRS in Washington, sign up for our e-news.