What’s Going on in Olympia?

On Tuesday of last week, Governor Inslee called for a special session to pass a package of incentives intended to secure the production of Boeing’s 777x in Washington state. While surprising to many observers, an additional unexpected element included the Governor’s intent to pass a transportation revenue package prior to the expected vote by International Aerospace Machinists 751 on Wednesday, November 16.

The Governor’s timeline expedites his earlier statements to get a transportation package done by the Apple Cup, and as of the previous week the “five corners” had reportedly met to begin discussing details of a potential revenue package. 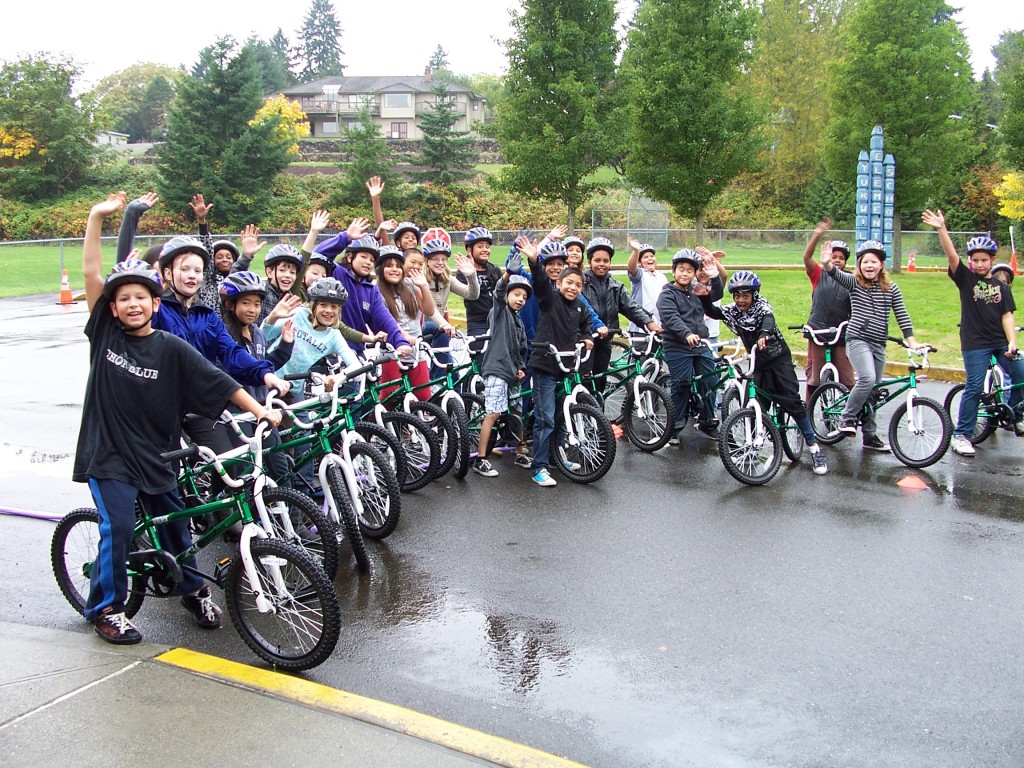 Will Governor Inslee and legislators make transportation investments for these kids to bike to school?

Now, with sine die of the short Boeing special session behind us, if a package is to happen at all in 2013, a transportation package may still be on the originally assumed timeline of late November or early December.

Since the start of 2013 Washington Bikes has been engaged with a host of transportation stakeholders working hand-in-hand to develop a responsible, balanced multimodal transportation package that fixes our decaying state transportation system, addresses the immediate demands of transit service, and also builds accessible and safe connections in cities and towns across the state for biking and walking.

In September and November, Washington Bikes worked with our coalition partners in the Keep Washington Rolling  campaign to show the demand and need statewide for balanced and comprehensive transportation investments that include Safe Routes to School, trails, walking and biking connections, and complete streets projects for main streets across Washington. We saw great turnout with residents speaking out at each of the ten cities on behalf of investments for biking and walking.

Much is still up for debate, including whether or not the transportation package will support a future in which Washington bikes every day.

Unfortunately, since the beginning of 2013 some legislators have expressed concerns about investing in these smart, cost-effective investments that give kids the opportunity to walk and bike to school and provide safe and accessible streets, transportation choices, and a healthy environment to enjoy.

Our Interest Is the State’s Interest: Washington Bikes Every Day 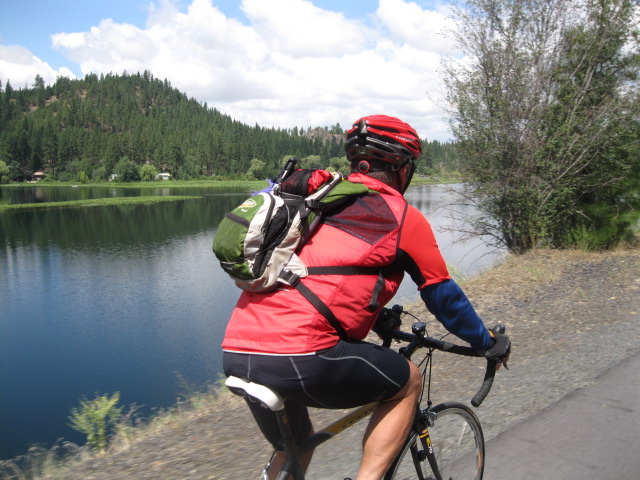 Others like him contribute millions to Washington state’s economy

Bicycling means business. Mayors across the country recognize that transportation investments in bicycles attract businesses and talent. Business districts friendly to walking and biking attract more retail business. In Oregon alone bicycle travel and tourism generates $400 million in economic impact annually. These are business-oriented investments for everyone—not just for people who ride a bike. These are investments that grow the state’s economy and provide revenues for local government to fix our streets.

Washingtonians want multimodal investments and without them, a transportation package will be harder to pass with voters. In a January 2013 EMC poll 66% of respondents agreed that any statewide package should include walking and biking investments (with slightly more eastern Washington respondents agreeing to this question than those from the west side). Across the state in the November elections, transit measures passed two for two, while only one of the four roads measures passed.

Washington Bikes supports a package that:

A package short of those investments will fall short of our interests in supporting new investments in Washington’s transportation system.

It’s Not Too Late If You Act Now

Luckily, there’s still time to make sure a transportation package, if it does materialize, makes smart investments in roads, bridges, freight, transit, walking, and, of course, biking.

Much of that will rely on the ongoing negotiations between the House and Senate, but Governor Inslee also needs to weigh in to support his stated goals around more transportation choices, a climate-friendly transportation system, and investments that address the growing epidemic of childhood obesity in Washington state.

In the meantime, write your legislators and Governor Jay Inslee to ask them to support and pass a balanced, comprehensive package that grows our economy and gets people to where they need to go with convenient, healthy, safe and sensible connections for everyone.