Taking Stock of the 2013 Washington Legislature: Part 2 – What Didn’t Go Our Way

With the 2013 Washington Legislature’s regular and special sessions complete, Washington Bikes reviews our victories (part 1), disappointments, and outlines next steps. Part 2 catalogues the policy and funding efforts that didn’t go our way, thanks those that fought hard to make it safer and easier to bicycle, and outlines some of the next steps forward to continue growing bicycling statewide.

Not everything comes out perfect in the Washington state legislature and the following fell short.

Transportation Revenue Package. This almost-$10 billion revenue package fell short in the State Senate during the final days of the second special session. The final packaged that passed the House of Representatives included $323 million for investments in Safe Routes to Schools, bicycle and pedestrian safety, and complete streets. The package eclipsed the roughly $30 million funded in the last 2005 transportation revenue package. 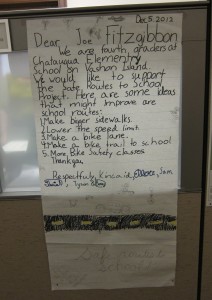 While ultimately not successful, getting the proposed transportation revenue package to include biking and investments to this level was made possible from leadership from Representatives Marko Liias (sponsor of the Liias Amendment that added the bulk of these investments in the proposal), Joe Fitzgibbon and Cyrus Habib who provided critical amendments, as well as Representative Jessyn Farrell and others who fought to retain these investments.

In addition, the transportation revenue package contained critical investments in transit and stormwater, and granted local control for certain counties to raise revenue to fix roads and retain critical transit service that will see drastic cuts in 2014 without new local funding options.

Washington Bikes and our partners will be working in the interim to refine and continue to improve the package, if and when it is reintroduced in the Washington state legislature.

Additive Safe Routes to School Investments. Another top priority included removing an outdated 1939 revenue exemption for gasoline losses during the distribution of gasoline to fuel stations (because of technological advances, gas isn’t lost like it was in 1939 but this old exemption still lives on). The transportation budget passed by the House and Senate directed $5.2 million to build ten Safe Routes to School projects in Edmonds, Spokane, Marysville, Kirkland and other cities statewide.

Unfortunately, HB 2041 – the bill required to authorize this revenue – did not pass. Its failure was due in part to later being tagged as a component of the failed transportation revenue package.

Safe Passing Legislation. The Bicycle Alliance introduced a Safe Passing bill that would have provided more flexibility for motor vehicle drivers to safely pass people biking or walking, while better aligning state law with what is taught by the Department of Licensing. 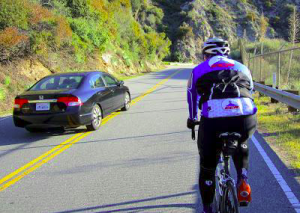 Driver crossing double yellow line on an empty rural road in order to leave a safe passing distance around a bicyclist.

Despite the bipartisan sponsorship, the bill faced some concerns in the Senate Transportation Committee and was ultimately held by its sponsors. We wish to thank our Senate and House sponsors, Senator John Smith and Representative Kevin Parker for their support.

In the interim leading up to the 2014 legislative session, the Bicycle Alliance will be working with our partners to ensure that all sides better understand the legislation moving forward.

Despite the good work of the bill’s sponsor, Representative Laurie Jenkins and the other bill supporters, this bill ran out of time on the floor of the House of Representatives.