Red Lights: What About “Stop” Don’t You Understand?

By baw_admin | Published August 3, 2010
Red-Light Camera Haters and Scofflaw Cyclists Should Both Get a Grip 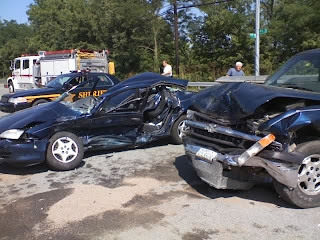 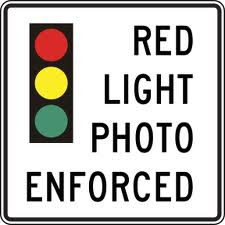 Opponents of red-light cameras are mad as hell—apoplectic might be a better description—and they’re not going to take it any more.
Their descriptions of the automated cameras—used to identify and ticket red-light runners—range from a relatively mild “unfair” through “extortion” and worse. The cameras represent “Big Brother.” They’re apparently a threat to liberty. They’re unsafe. Initiative promoter Tim Eyman, employing his usual penchant for understatement, says the cameras are “all about the money” and are “the crack cocaine” of City leaders. Eyman has even sponsored a City of Mukilteo initiative that could ban the cameras.
This being the age of the Internet, the cameras have also spawned a host of websites with names like Camerafraud.com and Ban the Cams.org. The latter website explains that its purpose is to “combat the abuse of power” that the cameras represent.
Another site, “Photoenforced.com,” has a map that pinpoints the locations of red-light cameras around the country; the map is surrounded by a changing array of ads. Some are for lawyers who will help you fight your DUI or speeding ticket. Another ad that appears on the site invites you to buy an “invisible license plate—easy application makes your plate completely invisible to cameras!”
What kind of motorists tend to run red lights, anyway? Granted, it could happen to anyone occasionally. But the Insurance Institute for Highway Safety, a non-profit group financed by insurers, compiled information based on actual driver behavior at one Arlington, Va. intersection. According to the Institute, red-light runners tended to be younger, less likely to use seat belts, and have poorer driving records than drivers who didn’t run red lights. They were also three times more likely to have multiple speeding convictions.
Red-light running is also very common. A Fairfax, Va. Study cited by the Institute and based on observations made at several busy intersections without red-light cameras showed that, on average, a motorist ran a red light every 20 minutes at each intersection–more often during peak travel times.
Statistics compiled by the group also show that red-light running is a deadly problem in the United States. In 2008, 762 people were killed and an estimated 137,000 were injured in crashes involving red-light running. About half of such deaths involve pedestrians and people in vehicles hit by the red-light runners. (I didn’t find separate statistics on cyclists killed by red-light runners. But cyclists, as a vulnerable-user group, obviously face risks similar to those faced by pedestrians.)
If you still think the problem is overblown, then take a look at this video, which records an actual crash and starkly illustrates the havoc that a red-light runner can cause. Even more graphic videos are available if you care to peruse YouTube.
In light of the deadly results red-light running, the high death rate on American highways, and the fact that strained law-enforcement budgets will never support a motorcycle officer at every intersection, it’s a little hard to swallow the victim mentality that seems to pervade the anti-camera movement.
Big brother? An invasion of privacy? Hardly. Driving a car is not a personal act between two consenting adults. You’re out there on a public highway for the world to see, and your behavior can have deadly consequences for those forced to share the road with you. When you look at the real technology-related privacy threats we face, with everyone from Google to the U.S. Government vacuuming up our personal data, concern about red-light cameras seems weirdly misplaced.
The Insurance Institute’s data also debunks camera-opponent’s clams that the cameras actually increase accidents. To the contrary, concludes the Institute, the cameras tend to decrease both crashes and red-light violations.
A word to those who may doubt the Institute’s data because of its ties to insurers: Say what you will about members of the car-insurance industry, they are generally very good at evaluating the risks upon which their bottom lines depend. You can rest assured that if red-light cameras increased accidents (and claims), insurance companies would oppose them.
Now a word to those cyclists who may be nodding their helmeted heads in agreement with this post: Red lights apply to you, too. It’s true that a bike and cyclists weighing a total of 200 pounds or less pose a much smaller threat than say, a Chevy Suburban. In fact, if you run a red light on a bike, the person most likely to end up dead is you. If that prospect doesn’t concern you, then consider the way that cycling scofflaws irritate other road users and give ammunition to anti-cyclists. It may be unfair for them to paint us all with such a broad and negative brush, but it happens. If you break the law, it hurts us all. You may be able to come up with all kinds of reasons why cyclists should be able to run red lights, from safety to convenience to bad road sensors to moral superiority. the New York Times Ethicist even approves of it under some circumstances. But none of those reasons changes the fact that it’s against the law. If you decide to do it and get a ticket, don’t complain.

This article was posted in Attitudes, Funding/Policy, Legal, Politics, Transportation. Bookmark the permalink. Follow comments with the RSS feed for this post. Both comments and trackbacks are closed.