Wagner’s music, skydiving, and getting Americans to ride their bikes 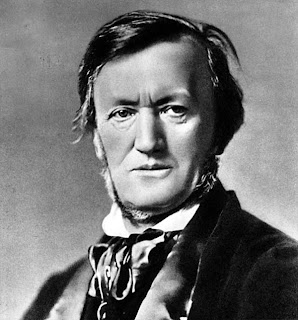 “Wagner’s music,” Mark Twain once observed, “is actually much better than it sounds.”

Which reminds me of trying to convince my non-bicycling friends that riding a bike is actually much safer than it seems.

“I would never ride a bike in Seattle,” they declare. “All those cars. It’s just too risky.” And I’ll respond: “I know it might feel dangerous, but it’s really not. Statistically, only 5.8 cyclists die for every 100 million kilometers cycled in the United States.” And they’ll say: “Statistics be damned. Bicycling on the street makes me feel like I’m roller-skating in a buffalo stampede. I’ll keep jogging, thank you.”

If perceived danger keeps Americans off their bikes in droves, then how can you convince them that they’re wrong? I think the answer is: You can’t. People’s first-hand impressions will trump cold statistics every time. Only when bicycling feels safe will more people will do it.

European bike blogger David Hembrow likens it to skydiving. Statistics show that there’s only one death for every 122,000 jumps. That means that you could skydive once a day for 334 years before you were killed. Great–but it doesn’t convince most people to jump out of airplanes, because it still doesn’t feel like a safe thing to do.

It’s the same thing with bicycles. Hembrow believes that the only way to increase cycling rates is to increase riders’ sense of “subjective safety.”

How do you do that? Hembrow argues that the key is good infrastructure that separates cyclists from cars, and the statistics support him.

The highest cycling rates in the first world are in countries where the infrastructure is best. Both the Netherlands and Denmark have emphasized construction of first-rate separated bike facilities. The result? In the Netherlands, 27 percent of all trips are made by bicycle. Compare this to the United States, where the bicycle’s share stands at a miserable one percent. In Copenhagen, which has 350 kilometers of physically-separated bicycle “tracks” along its arterial streets, 55 percent of all residents get to school or work by bicycle. In “bike-friendly” Seattle, it’s three percent.

You can see how separated infrastructure increases “subjective safety” by taking a ride on a local bike trail. I was on Seattle’s Burke-Gilman Trail last Saturday morning. It was sunny, and the trail was clogged with cyclists of all descriptions. Not just road warriors, either. There were kids in bike trailers, kids on the bike behind mom or dad, and kids on their own bikes with training wheels. If parents are willing to let their children ride somewhere, then you know they believe it’s safe.

Yes, building good bike infrastructure costs money. But it’s sure cheap compared to building new highways and parking garages. And it’s the only way we can bring bicycling out of the realm of fringe activities and into the mainstream.

This article was posted in Commuting, Infrastructure, Kids, Safety, Transportation. Bookmark the permalink. Follow comments with the RSS feed for this post. Both comments and trackbacks are closed.