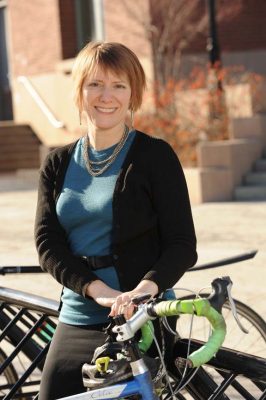 Barb helped lead the orchestration of a successful merger between Cascade and Washington Bikes. As Chief Strategic Officer, she was instrumental in the development of new 5-year strategic plans for both organizations. Under her leadership as CSO, Cascade began to increase activation and engagement statewide as well as lay the groundwork for becoming a resource hub across the state.

“Barb has been instrumental in expanding our impact and our partnerships across the state of Washington, and is recognized nationally as a leader,” said Charles Ruthford, Cascade board president. “She will be sorely missed at Cascade and Washington Bikes, but we are excited about her future and appreciate her continued dedication to active transportation.”

Cascade applauds WSDOT for establishing the Division of Active Transportation, ensuring that Washington state continues to be a leader in planning and building for the future of transportation for everyone. A focus on biking and walking is critical in achieving active, sustainable transportation and improved safety across the state, and Cascade looks forward to the positive impact of this new division.

“I’m proud of all that has been accomplished during my time at Cascade and Washington Bikes,” said Barb. “I wouldn’t consider leaving if it weren’t for this incredible opportunity to set the direction of a new division from its inception. I look forward to continued collaboration with biking, walking and trail groups all across the state as partners in the future.”

Barb’s last day at Washington Bikes and Cascade is February 24. Please join us in congratulating her on this new position!