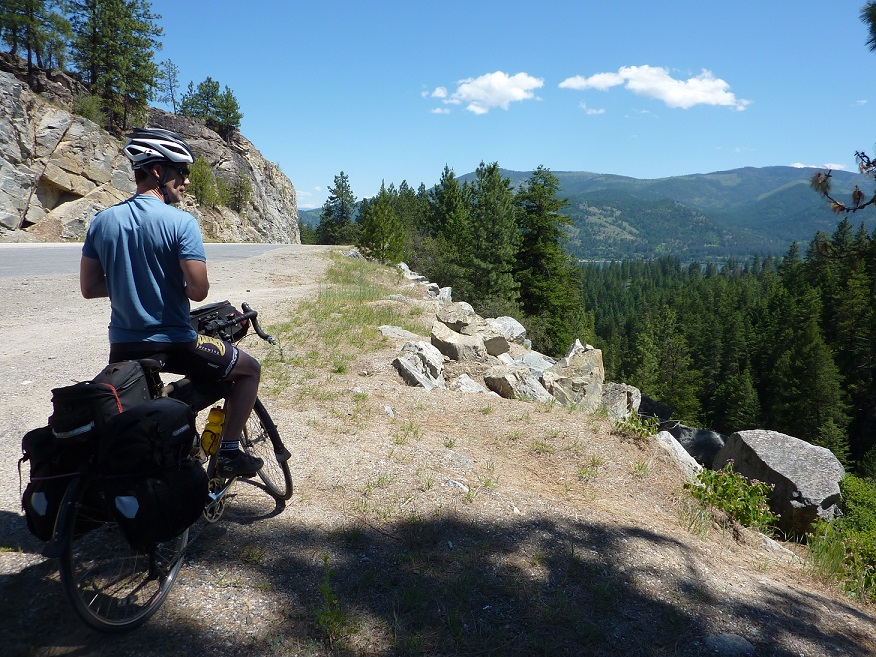 One of the mountain views you’ll find (earn!) when riding & spending money across Washington

Not only does the economic analysis by Earth Economics of Tacoma show the benefits of bicycle riding, but it also underscores an important economic development dynamic for outdoor recreation in Washington state:

“These results show that outdoor recreation markets play an important role bridging urban and rural communities. The recreation market is unquestionably one of the largest markets in the state for moving income from urban to rural areas and building sustainable jobs in rural Washington State” 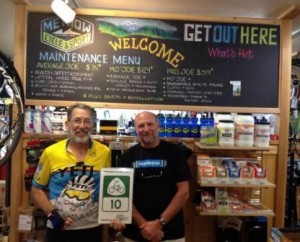 “It’s rewarding to see what we at Washington Bikes have long known,” says Executive Director Barb Chamberlain, “bicycling means business and can be a critical economic driver for small towns. Washington state is blessed with amazing places to ride your bike. With cost-effective improvements, small towns can capitalize on creating inviting places for bicyclists to stay, eat, play, and spend money.”

As the Economic Analysis of Outdoor Recreation in Washington State conclusions show, bicycle travel and tourism is big business in Washington state.

Yet despite the impressive bicycle travel and tourism top-line numbers that this new economic analysis highlights, there is little detail beyond the 30,000 foot level. Especially lacking are details about attitudes, strategies and tools to attract more bicycle riding, or analysis of regions where bicycle riding could be enhanced. Interest in better information has been growing among tourism professionals, chambers, and businesses that seek out economic development opportunities via tourism and outdoor recreation.

The Earth Economics study shows the significant impact and opportunity of bicycle riding but still leaves a gap in knowledge about where or how bicycle riding can benefit local economies in Washington state. This lack of information is compounded as Washington state lacks a public tourism promotion agency or department; the state relies on various private-public partnerships that lack a focus on sector-specific opportunities like bicycle riding.

Particularly in rural areas and in communities seeking to recover their economies after 2014’s natural disasters, like the SR 530 landslide or the Carleton Complex fire, a clearer picture of the market for this fast-growing sector of tourism and outdoor recreation will help position communities like Snohomish and Okanagan counties moving forward.

As part of its 2015 legislative agenda, Washington Bikes will be seeking state investments in more detailed economic impact research to help better quantify these opportunities. With bicycling already resulting in $3.1 billion of annual expenditures and so much of that coming from trip-related spending, it’s clear that this rapidly expanding industry can continue to grow our state’s economy, particularly in rural areas.
[Tweet “Bicycling worth $3.1 billion (with a B) to WA every year. #bikesmeanbusiness #bikenomics”]
Learn how to make your community more bicycle-friendly to bring some of this spending to your town at the Washington Bike Summit March 16-17, 2015, in Olympia. Transportation Advocacy Day (day 2 of the conference) will give you the opportunity to meet with your legislators and tell them that bikes mean business and bike facilities deserve investment. Sign up for our e-news to get more on the Summit and bike news from around the state.

This article was posted in Advocacy, Economic Impact, Funding/Policy, Infrastructure, Issues & Advocacy, Legislature, News, Rural, Tourism, Transportation, Travel. Bookmark the permalink. Follow comments with the RSS feed for this post. Both comments and trackbacks are closed.