As the dust settles on the 2014 elections, activity for legislative action in 2015 grows. The slim Democrat House majority (now at 51 seats compared to 47 for the Republican minority) and the Senate Republican majority (25 with 1 Democrat caucusing with the Republican majority compared to a 23 seat Democrat minority) face a challenging legislative session with budget realities that fail to match up with expected revenues. High priority issues will include meeting State Supreme Court decrees on education funding, addressing ongoing structural funding burdens, and determining next steps in upkeep of a heavily bonded transportation system. 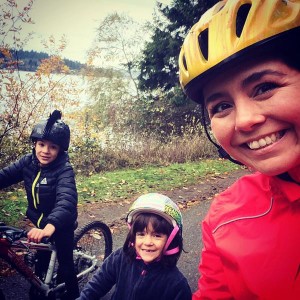 To pass a state budget, most observers expect the 2015 legislature to go well beyond the scheduled 105-day “long” session. For as long as it takes this year, Washington Bikes will be in Olympia to help grow bicycling statewide. We look forward to working the issues, rallying supporters to write legislators, and advocating for better bicycling in Washington state.

Washington Bikes Board of Directors and its Legislative and Statewide Issues Committee set a 2015 agenda to improve safety and health through smart investments and legislative improvements, highlight the benefits of efficient transportation investments, and grow the state’s economy via bicycle travel and tourism.

Investments that Get Washingtonians Where They Want to Go

Washington state continues to slip behind other states in making investments to grow biking and make safer streets. As the Governor and Legislature begin another round of discussions to pass a multi-year transportation-spending package, and as funding for school safety improvements are in doubt, it’s even more important that Washingtonians get the right investments for biking, walking, and making streets work for everyone.

In 2015 Washington Bikes will advocate to (1) Grow and stabilize state funding for the Safe Routes to School Grant Program; (2) ensure that biking, walking and complete streets projects are a component in any transportation revenue package; and (3) support the $97 million Washington Wildlife and Recreation Program Grant request. 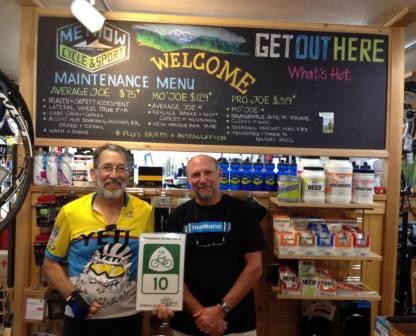 Washington Bikes will be seeking state investments in a similar study to help quantify the industry and improve strategies to grow our state’s economy.

[Tweet “#WAleg should invest in #biketourism to grow local economies.”] 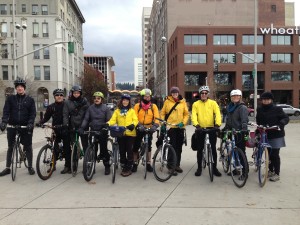 In 2014 state law was improved to allow for motorcycles to stop and proceed or make left-hand turns through traffic control signals that do not detect motorcycles or bicycles under certain very limited conditions with a specific protocol that is clear and understood by law enforcement.

Because this same issue affects bicycles and the 2014 law did not include bicycles, Washington Bikes will seek similar legislation would improve the 2014 law’s uniformity by including bicycles and providing a clear protocol for how to safely and legally make a left turn and a non-functioning signal.

Following Washington Bikes successful lobbying in 2010 to pass Washington’s distracted driving legislation, the Washington Traffic Safety Commission is expected to make agency request legislation improves upon the current law. Work is still being conducted to refine the legislative proposal to help address the crisis of one in every ten Washington state drivers driving distracted.

Washington Bikes will be supporting this agency request legislation to help protect bicycle riders on our streets and roads.