When I Get Older: Why I’m Counting on a Multimodal System

My five siblings and I dealt with many issues as my parents aged, including transportation problems. Both of them died in the past 18 months so I no longer confront those particular problems — nor do I ever want to again. 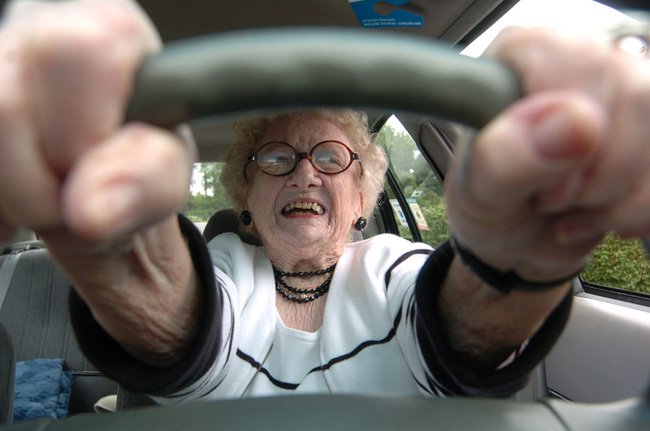 What’s YOUR transportation plan when it’s not safe for you to drive any more?

That’s why I’m thinking ahead to the multimodal system you and I (and millions upon millions of people) will rely on in the future. I don’t want to lose my transportation independence the way they did.

Instead, I expect to be part of the rising tide of people who choose and use a variety of transportation modes other than driving long before they “have to” give up driving, like the seniors who are rediscocvering or just now taking up bicycling.

[Tweet “Most growth in bicycling from Millennials, right? 22% net growth from senior citizens.”]

My mother, who just died in May at age 92, had vascular dementia that we first recognized in 2000. One of the early triggers for recognizing my mom’s dementia was the time she got lost going to a hairdresser who had done her hair for over 25 years, meaning that for over a quarter of a century she had driven the exact same route to the salon.

But one day she got lost.

She drove around for a while until she found a phone booth (in 2000 you could still find a phone booth on a street corner) and called the hairdresser. My dad had to come rescue her.

She declined mentally. We moved them into first one assisted living facility, then another that specialized in dementia patients.

While Dad didn’t have dementia he had bad hearing that was getting worse and eyesight to match, coupled with impatience and a lead foot — basically a home run for future collision, injury, and death.

He drove a gold Honda station wagon that sported new scrapes along the sides every time I visited. My dad was increasingly the type of driver who took a stop sign or a speed limit sign as a mere suggestion meant for others. My brothers and sisters and I all knew he was going to kill someone eventually and we would have it on our conscience.

We tried paying a cab driver a nice retainer to be available on call and gave Dad his business card, telling him he had a personal driver at his beck and call. Dad never called — easiest money that cab driver ever made.

My dad drove like a demon but whenever it came time for a license renewal he studied for the test and drove like an angel. And of course, a man who piloted B-17 bombers over Europe certainly wasn’t going to listen to the opinions of his six kids on his driving ability.

At first his doctor didn’t want to write a letter expressing concern about Dad’s physical ability to drive competently, but we finally got one. That letter; a relationship my older sister fostered with a nice Department of Licensing staffer who one year told Dad that it was the last year he could renew his license; and the step of actually selling the car (since not having a piece of plastic in his wallet certainly wouldn’t stop him from driving) all helped us achieve the impossible: getting him off the road.

In his mind, we trapped him.

I suggest we all jump ahead a few years and imagine ourselves like my 94-year-old dad — too old to drive safely, but still pretty spry (and more than a little feisty).

Most people outlive their driving ability; by the time you’re 75 your chances of being in a collision and fatalities per mile driven that you cause revert to those of a teen driver.

Do we want to live in our own homes, independent, for a few more years after we stop driving?

[Tweet “Declaration of transportation independence doesn’t involve a car when you get old.”]

When that day comes — someone pries the car keys out of your fingers or you’re smart and give them up without being asked — you may be pretty happy that we invested in completing sidewalks with curb cuts so you can get to the bus stop and get down to the coffee shop to hang out with your buddies and talk about the good old days.

You may appreciate a little traffic calming in your neighborhood so you can walk across the street–more slowly than you used to — or ride your bicycle or tricycle to get groceries or go to the doctor.

I expect riding my bike to keep me younger longer than my folks (who were pretty robust physically well into their 80s as it was). When I get a bit wobbly for two wheels I’ll switch to three. If the day comes when I have to stop riding, transit will still be there for me.

My dad unfortunately had the mindset that driving himself in his own car was the only possible way to get anywhere. By being “independent” about his transportation he eliminated the independence he could have had.

This article was posted in Accessibility, Attitudes, Seniors, Transit. Bookmark the permalink. Follow comments with the RSS feed for this post. Both comments and trackbacks are closed.