How Long Does It Take to Ride Your Bike? It’s All in the Attitude 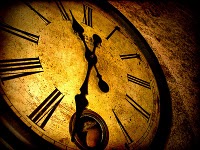 We’re like the automated cleaning devices in The Fifth Element as described by Jean-Baptiste Emanuel Zorg (played with evil deliciousness, or delicious evilness, by Gary Oldman): “Look at all these little things. So busy now. Notice how each one is useful. What a lovely ballet ensues, so full of form and color.”

Nowhere is this kind of bustling around more evident than in our traffic patterns (although “lovely ballet” doesn’t really describe a typical downtown intersection all that well…. And come to think of it, the little critters were cleaning up after destruction—how apropos).

The idea that by hurrying we are somehow more productive, more in line with “progress,” more efficient with our time, pushes people to exceed the speed limit by some “acceptable” number of MPH, squeeze the orange at the traffic light, execute a rolling stop instead of a full stop, glance without really looking, assume there’s no one coming — and by the way, Planetizen has a good essay on just how wrong some of your assumptions about time and productivity are.*

[Tweet “The idea that by hurrying we’re more productive is just wrong. Get over it, & get on your bike.”]

Those little creatures in The Fifth Element didn’t have much choice — scurrying around was programmed into their very being. We, on the other hand, have choices. As Kent’s Bike Blog points out, by slowing down we give ourselves the gift of time.

As a young(er) woman I could be one of those impatient drivers from time to time. Red light? Time to tap my fingers on the steering wheel and mutter under my breath, “C’mon, change!”  I chose routes to avoid traffic lights so I could take my destiny into my own hands.

Then I started biking on city streets to get around. My calculation of time is so different now!

I look more at distance than at time, for one thing, to see whether something is bikeable given other constraints in the schedule. Then I work out about how long it should take me to get there.

Not because I’ll decide not to bike if it takes “too much” time, though — just to allow for the time it takes to bike.

What a change! I no longer worry about “losing” time. How can you lose time anyway? You don’t have it stockpiled in a big jar from which you withdraw some when you need it. Time just passes and our experience of that passage is really subjective.

Time can pass at what feels like an infuriatingly s-l-o-w rate while I pound the steering wheel and grind my teeth, paying an exasperation tax.

Or it can pass without me even noticing while I coast downhill, smell the coffee roaster or bakery I pass on my way to work, and watch for potholes so I can pick my line of travel to be predictable and visible for the driver behind me and not get my teeth bashed together by the cracks.

I still try to take routes that avoid traffic lights, mostly because sometimes my bike doesn’t trip the signal. (Although since WA Bikes got the law changed in 2009 to require new/updated signals to detect bicycles, this will change over time. A win for advocacy!)

But if I do hit a red light it doesn’t trigger teeth-gnashing; instead, I take it as a chance to catch my breath. It’s welcome, not resented, and that makes a lot of difference in my trip to work, or through downtown to get to a meeting.

I can’t tell you how much more relaxing it is to arrive at work after this kind of trip than after the teeth-gnashing, steering-wheel-pounding kind. Since negative stress is hard on your cells but exercise can offset this effect I may even be extending my years on the planet.

How’s that for saving time?

*All this rushing around in the car at least saves a minute or two, right? Wrong.

If you do the calculations, the difference between driving at 30mph vs. 35mph over a distance of six miles is less than two minutes.

Let me also point out that a pedestrian hit by a car moving at 30mph has a 45% chance of dying; at 40mph, the chance of death is 85%, according to Britain’s Department of Transport.

So when you gain a few minutes as a driver you greatly increase the potential damage you’ll wreak in the event of a collision. The time you took away from the person you hit? Priceless.

What about the difference between biking and driving—huge, right? Wrong again.

Assume I bike at an average speed of 12mph. That isn’t very fast but Seattle has a lot of hills. I can do a nice clip down 2nd in downtown, which is an arterial with abundant and often semi-empty lanes.

If I had this same six-mile route I’d spend 30 minutes on the bike at 12mph vs. 12 minutes if I drove at 30mph (ignoring traffic lights since we have the same wait time, but the driver had better drop below 30mph in school zones).

That 12-minute driving assumption doesn’t factor in the potential for a traffic jam and a lot more frustration and time truly wasted. In the event of a major snarl-up that keeps me from moving in the vehicle lanes, I can switch to the sidewalk, become a pedestrian and keep moving. Not an option for the drivers.

So over the course of a round trip I would spend 36 more minutes than the driver if the driver is able to keep moving the way I am.

Factor in the time the driver has to spend finding parking and then walking to the actual door of the destination (where my bike will be locked to the nearest tall pole in front of the door if there’s no rack nearby). If one-way streets complicate the route the driver has to cover more miles, whereas I can use the sidewalk for a shortcut to the same address. I may even come out ahead.

In return I’ve had my recommended daily allowance of exercise with no gym fees, zero money spent on gas or parking, zero frustration and exasperation tax at red lights, and (I hope) zero damage to my tooth enamel.

In 2011 congestion in 498 metropolitan areas caused urban Americans to travel 5.5 billion hours more and to purchase an extra 2.9 billion gallons of fuel for a congestion cost of $121 billion. (Texas Transportation Institute estimate)

Want to stay on top of bike news, events, and posts? Sign up for our e-news: Monthly updates, event invitations, alerts when you can make a difference.

This article was posted in Attitudes. Bookmark the permalink. Follow comments with the RSS feed for this post. Both comments and trackbacks are closed.