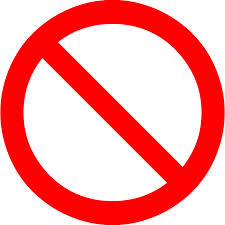 My Judgy Judgerton voice spoke at full throttle inside my head. “Don’t do that!”

The guy on the bike weaving across multiple lanes while splitting the lanes between cars and a Metro bus waiting at the  Sixth and Pike stoplight couldn’t hear me, of course.

He couldn’t hear my opinion about the wisdom of placing his bicycle and body between a few 4,000-pound cars and a bus weighing somewhere around 67,000 pounds, give or take a few passengers.

He couldn’t hear what I thought about a maneuver that he undertook without being able to see the traffic light, meaning he didn’t have a clue when all of them were going to start moving those thousands of pounds, possibly without really seeing him.

None of them can hear me — those people who do things my internal Mom Voice considers to be tests of Darwinism in action. No one loves unsolicited advice so I don’t ride around yelling, “Don’t do that!” or “What would your mother say, young man?” or “Let me give you our pocket guide to bike laws!” I give a lot of sad head shakes and they probably don’t see those, either.

By the way, my Judgy Judgerton passes judgment on people biking, driving, and walking — that’s a multimodal judge I have there. He/she responds strongly to anything that endangers others, shows deep thoughtlessness about the physics of traffic, or violates the law in egregious ways that make others resentful.

I may swallow a lot of “don’t do that!” admonitions over the course of a ride. This is my chance to just put them out there. And by doing so, to confess.

I passed judgment on myself today. I was all set to have sunshine as today’s word because Seattle was living up to that “bluest skies you’ve ever seen” lyric. Then I pulled an absolute “don’t” leaving a building in downtown.

I wanted to get from the sidewalk at the intersection across Fourth Ave. to its far right lane because I needed to turn right at the next corner and head up a block to Fifth. I perched at the crosswalk, figuring I’d cross with the light to the far side of the street and then turn and be on my way in the lane. This maneuver would enable me to get across four lanes of traffic in one block without having to change lanes through the cars on an uphill.

So far, so good, as far as route planning. But behavior planning? Not good.

What I did not do was behave with consideration for the people walking around me. The crosswalk was unusually full and I should have gotten off and walked. In an empty crosswalk, riding across would do no harm. In the mass I wove through I was being one of the rude people my inner judge sentences with a swift bang of the gavel.

I wasn’t even halfway across Fourth when I knew I had pulled a really bonehead move. When I tried to move to the outside of the crowd more people appeared from behind others. But stopping would create more havoc for the people behind me so I got through, vowing never again to ride when I should get off and walk.

When I saw the “don’t” behavior on Pike, Judgy spoke right up. I rode a couple of blocks and then thought, “Maybe he’s having his own personal ‘doh!’ realization right about now. Just like me earlier today.” So I may judge you. But I understand.

Just don’t do that again.

This article was posted in Attitudes, Commuting, Safety. Bookmark the permalink. Follow comments with the RSS feed for this post. Both comments and trackbacks are closed.