Dennis Madsen Gives BIG for the Next Generation

When former Board President Dennis Madsen first joined NOWBike in the early 1990’s, he was drawn to the passion of the people—staff, board, and volunteers—who would continue over two decades to build an organization committed to improving bicycling in the Northwest. 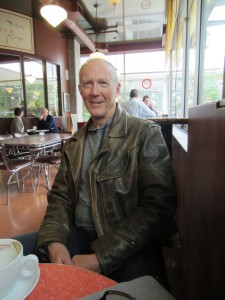 In a café in downtown Seattle, Madsen reminisced about the little engine that could, which eventually grew into Bicycle Alliance of Washington and more recently Washington Bikes. “The organization may have changed its name but the passion is still there,” he said. “It’s more than the activity of biking. WA Bikes helped create the infrastructure, influence the laws, and shape the programs that would encourage everyone, school-age kids included, to get out and bicycle. We’ve made a difference.”

When founder Amy Carlson approached him about getting involved, he’d never heard of the statewide advocacy group. A participant in several Cascade Bicycle Club rides, he agreed to attend a NOWBike board meeting to learn more. “Everything starts with an ask,” he chuckles.

Madsen soon realized Washington Bikes put more value on improving the statewide climate for bicycle riders than taking credit for progress made or chasing headlines. He is most proud of Washington Bikes’ work inspiring youth through Safe Routes to School (SRTS).  “I’m an environmentalist and a bike rider,” he confides. “Both bicycling and environmental activists must cultivate the next generation of leaders, enthusiasts, and stewards of place, whether it’s creating safe communities to bicycle or protecting open space.”

He recalled the thrill of his first bicycle. “My father bought me my first bike from Sears–a 26” J.S. Higgins with coaster breaks, single speed, and way too big for me. I grew up in West Seattle and participated in high school bicycle rodeos, where kids decked out their bikes with balloons, crepe paper, and cards in their spokes. I rode my bike everywhere within a five-mile radius of my house.  I loved the freedom.”

For Madsen, cycling became a big part of growing up and a first step in discovering the bigger world.  His hope is that Safe Routes to School can inspire and engage a new generation of kids, just like his bike rodeos and exploration inspired him in the 1950’s.

The biking landscape has changed in large and small ways since those days of his boyhood in West Seattle. “Washington Bikes has a history of making an impact where it counts. We’ve partnered with organizations across the state to get people on bikes riding on safer and well-marked roads. We’ve facilitated strategic planning and influenced behavior, like insuring bike racks were installed on Seattle buses in the late 90’s, and we’re working to engage the next generation of health-conscious and environmentally aware riders.

Philanthropy, especially in support of youth and the outdoors, makes a huge difference in people’s lives. I encourage each and every supporter of Washington Bikes to make a personally significant gift during GiveBIG on May 6. You are supporting an organization that through humble beginnings has made a tremendous impact on biking in Washington today.”