Riding RAPSody for the First Time

I began my new job as Development and Membership Manager at Washington Bikes in March 2012. I’d never heard of RAPSody (Ride Around Puget Sound) until I overheard my co-worker, Louise McGrody, describe it as one of the most scenic bicycle rides in all of Washington. Her unbridled enthusiasm piqued my interest. Ten years earlier I’d ridden my bike down the Pacific Coast Highway. I’d celebrated my thirtieth birthday cycling along the western coast of Ireland. However other than exploring by bike the San Juan Islands and completing one STP, I’d never done a major cycling trip in Washington. A new adventure beckoned! 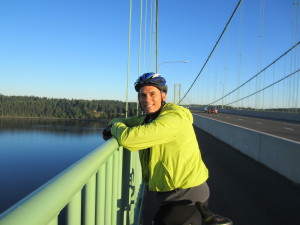 I took note of the distance: one-hundred seventy miles in two days. I closed my eyes and thought I can do that. After all, my trip down the curvy coast of California required I pedal on average 35-40 miles a day. By the time I arrived in La Jolla from San Francisco, I’d pedaled nearly 600 miles over 17 days.

While I rode my bike back and forth to work in Pioneer Square my total daily mileage averaged 4 miles. I’d biked along Lake Washington Blvd for pleasure but needed to increase my distances. The first thought that crossed my mind: I need a buddy to train and join me in RAPSody. I called my friend Jeff who’d recently completed a ½ Iron Man in Hawaii. He accepted my invitation, and we agreed we’d start training the first Sunday of July, allowing 8 weekends to prepare before the RAPSody Ride.

By the time RAPSody arrived on August 25 we’d built up our endurance over successive Sundays and on our last training biked 65 miles around Lake Washington. We were ready!

We drove from Seattle to Tacoma arriving at 7:30 AM, registered, and were on the road by 8 AM. The temperature hovered around 58 degrees but the blue sky and rising 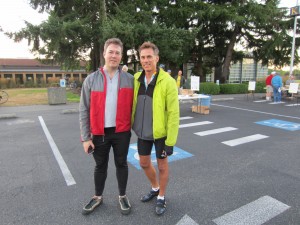 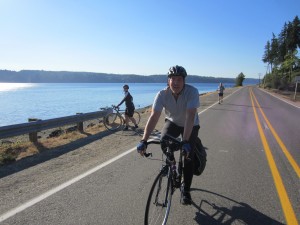 sun foretold good weather ahead. Soon we were crossing the Tacoma Narrows Bridge, the glistening Puget Sound reflecting the morning light.  From there we cycled through the charming community of Gig Harbor with its solitary beaches and quiet back roads. Onward we pedaled to Manchester for a short breakfast stop with volunteers serving delicious fruit parfaits and bagels. Then back on our bikes to conquer the winding roads of Southworth and Port Orchard. The day grew warmer, and we gained an altitude of several thousand feet, but it never felt overwhelming. Jeff sometimes fell behind me but neither of us felt the need to rush. We found our own tempo and let go of the need to rush. We enjoyed the passing views of the Seattle skyline and Mount Rainier, exhaled along the tree-lined roads, and found comfort in the cool shade of overhanging trees once the heat of the day arrived in mid-afternoon.

That evening we arrived in Shelton for our overnight stay. We pitched our tent and spread out our sleeping bags on the sports field of Shelton High School. We bee-lined for the hot showers and then the hearty pasta dinner, which benefits the local children’s support organization, SOCK (Save Our County’s Kids).  We took a pass on the bicycling movie and decided to stretch out in our tent, read, and eventually drifted asleep. Luckily the sprinklers, which switched on accidentally at 3 AM the year before, soaking several campers, remained off and didn’t repeat their famous wake-up call (thanks to organizers Kristin and Kristi!). 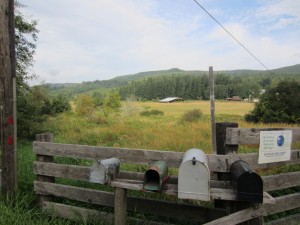 Early Sunday morning we arose at dawn, packed our panniers and camping gear, and delivered them to the shuttle van. After a quick breakfast of bacon, eggs, and French toast, we headed south en route to Olympia.  A light fog hovered over the rolling country roads eventually dissipating once mid-morning arrived. We stopped for a light snack and a sun break at a local park and then continued along scenic paths east to Lacey.

On a protected paved lane with trees changing into their fall colors Jeff and I discussed work, travels, and our families. The landscape grew more agricultural as we headed toward Yelm and a late afternoon lunch of chicken and tofu wraps, fresh fruit, and cookies. We dialed up our pace riding through the communities of Dupont, skirting Fort Lewis as the sun grew brighter and warmer, on through the leafy, waterside community of Steilacoom, and other little towns, until we arrived back at 5:30 PM at Tacoma Community College where we’d started the morning before. 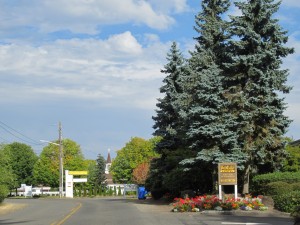 and meals along the way. Sunshine overhead, great vistas, and fantastic bicycling….

This article was posted in Adventure, News, RAPSody. Bookmark the permalink. Follow comments with the RSS feed for this post. Both comments and trackbacks are closed.