How Safe Routes to School Helps Save Washingtonians Money, Creates Safer Neighborhoods, and Makes Biking and Walking to School A Reality

Getting kids to school on buses costs a lot! In 2011 alone, the state and school districts combined spent over $400 million to bus kids to school. 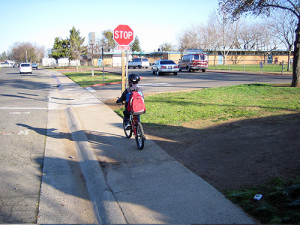 It’s no surprise then that Governor Gregoire’s budget plan for the next two years proposes to address this burden on our schools.

It’s also why the 2013 Washington Bikes legislative agenda set in November recognized the need to address new approaches to get kids to school. We’re now actively exploring opportunities with legislators to improve our school transportation investments, while growing biking and walking to schools.

Such an approach recognizes that school districts and the state must address complex policy issues and on-the-ground realities of student transportation. Of course Safe Routes to School needs continued and larger investments, but additional policies, incentives, and investments need to occur as well to address the entirety of the issues that face schools and the burden of getting kids to and from home.

Washington Bikes isn’t unfamiliar with initiatives that lead to meaningful change for Washingtonians.

In 2004 when then-Representative Ed Murray partnered with Washington Bikes to establish the first Safe Routes to School pilot program, no one could have predicted the incredible response and results after less than a decade of partnerships, education, awareness, and safer routes for kids to walk and bike.

Eight years on and the results are great. Now the Bicycle Alliance leads a statewide grant to teach kids safe biking and walking skills to approximately 20,000 students in 30 districts statewide. Over $30 million has been spent since 2005 for education and building paths, bike lanes, sidewalks, and safer streets.

Demand is high for creating more efficient and safer ways to get kids to school. With less than $14 million available in the next biennium, over $46 million in projects from across the state have been denied funding. 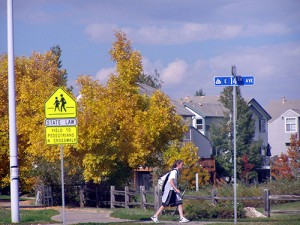 And while we are constantly advancing a legislative agenda that looks for opportunities to grow safe walking and biking to Washington schools, we often have to protect this fragile source of funding. In October, along with our partners at the Transportation for Washington Campaign, Washington Bikes successfully advocated to retain $3.6 million in annual federal investments in Safe Routes to School that other interests sought to send elsewhere.

Growing safe walking and biking to schools is a central mission of Washington Bikes. Washington Bikes will continue to review the governor’s proposal; while we haven’t taken a position on it, we’re pleased to see that she has highlighted the need to address our state’s student transportation problem. Working with the 2013 legislature and Governor-elect Inslee, Washington Bikes is poised to identify long-term solutions that save us money, improve walking and biking safety, and create a better education system for Washington’s children.

This article was posted in Education, Funding/Policy, Issues & Advocacy, News, Safe Routes to School, Safety, Transportation. Bookmark the permalink. Follow comments with the RSS feed for this post. Both comments and trackbacks are closed.