By baw_admin | Published July 16, 2012
Thanks to Scott Chilberg for writing this post. 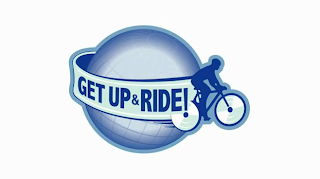 Riders all across the country pedaled their way into the third month of the Get Up & Ride: National Bike Challenge this July, passing the halfway mark of the nationwide competition with the same vigor and determination that characterized the kickoff of this four-month event in May. We’re proud to have signed up 576 participants in 69 different teams statewide, and to see our dedicated riders hitting the streets, trails, and pathways every day and fastidiously logging their miles online. Our numbers as a state are outstanding. Together, we’ve racked up 143,127 miles (enough to circle the equator more than 5 times!) over the past two and a half months, and saved 131,016 pounds of carbon dioxide emissions and $38,494 by riding on two wheels instead of four.

The end of June also saw a second wave of individual prizewinners. Gene Smith from Tacoma won a wallet from Alchemy Goods, Amity Friestman from the Tri-Cities won the Frog lights, and Jennifer Gilpin from Seattle-Bellevue-Everett won a membership with the Adventure Cycling Association. As a reminder to the winners, if you haven’t done so already contact Louise McGrody at louisemc@wabikes.org to claim your prizes! Congratulations to all, winners or no, for an awesome first two months! Thank you to our local prize donors, Alchemy Goods and the Adventure Cycling Association, and to every single participant who’s logged even one mile toward the Washington State total thus far. We’ve got a month and a half left, so throw aside those car keys and keep biking!

This article was posted in Commuting, Encouragement, Events. Bookmark the permalink. Follow comments with the RSS feed for this post. Both comments and trackbacks are closed.