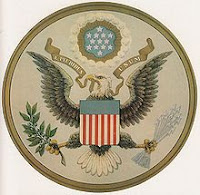 Two weeks ago, the Bicycle Alliance and other biking and walking organizations asked our members to contact their Congressional representatives in an effort to save biking and walking programs in the federal transportation bills. Specifically, we asked you to tell your House members to kill HR-7 (the House version) and ask your Senator to support the Cardin-Cochran Amendment to the Senate bill. Read the alert.

You responded! According to the League of American Bicyclists, members of Congress received 50,000 messages asking them to support biking and walking programs in the transportation bill. You made it clear that many Americans care about safe streets, Safe Routes to School, transit and trails.

Speaker of the House John Boehner, who is no friend to folks who bike, walk or use public transit, reacted to the outcry by delaying the vote on HR-7 until the week of February 27. The Senate will likely vote on the Cardin-Cochran amendment that same week.

If you were one of the thousands who responded to the call for action already, thank you! If you have not, there is still time to weigh in. Use this link to the LAB’s Action Center to weigh in.

This article was posted in Advocacy, Alert, Funding/Policy, Issues & Advocacy, Safe Routes to School, Safety, Transportation. Bookmark the permalink. Follow comments with the RSS feed for this post. Both comments and trackbacks are closed.