As part of his August recess agenda, Congressman Rick Larsen will join Guemes Channel Trail supporters on Wednesday, August 28 at 10 a.m. to learn about the Trail and its benefits for transportation connectivity, tourism, and recreation. He will also hear from community, civic, and business leaders on what it will take to “complete the dream” linking the San Juan Ferry Dock to downtown Anacortes and the Tommy Thompson Trail. 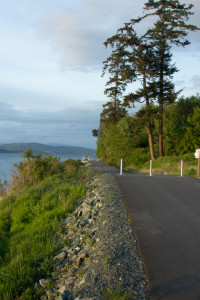 Congressman Larsen will be joined by state representatives Kris Lytton and Jeff Morris, as well as Anacortes Mayor Dean Maxwell. State leadership by the entire 40th Legislative District delegation, along with the strong support of the City of Anacortes, helped secure a $700,000 appropriation from this year’s state capital budget.

Trail supporters, including supporters from the Anacortes Park Foundation, city and business leaders will be on hand to celebrate the recent state legislative success.

The event was jointly planned by supporters of the Anacortes Park Foundation and Washington Bikes. Washington Bikes executive director Barb Chamberlain noted the importance of completing the Guemes Channel Trail, saying, “Bicycle travel and tourism in Washington state is big business. For the gateway to the San Juan Islands—recognized nationally as some of the best bicycling in the entire state—completing the Guemes Channel Trail will further cement Anacortes as a bicycling destination.” 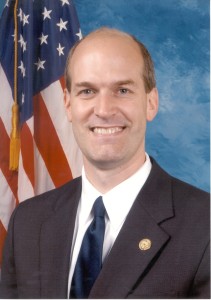 Anacotes Parks Foundation Trustee and co-chair of the Guemes Channel Trail Committee, Michele Pope added, “I am excited & grateful for the efforts of Washington Bikes, City of Anacortes staff, Mayor Dean Maxwell, and our elected representatives as we move forward to complete the dream of a multi-use path connecting Anacortes. We are all part of a dedicated community striving for a healthy way of life in the beautiful setting of Anacortes.”

Trail proponents also plan to thank Congressman Larsen for his recent introduction of legislation titled, “Transportation Investment Generating Economic Recovery for Cities Underfunded Because of Size (TIGER CUBS) Act of 2013.” This legislation would set aside 20 percent of special transportation infrastructure funding specifically for smaller cities, like Anacortes. This legislation could directly benefit small and medium-sized cities like Anacortes as they work to invest in trail projects like Guemes Channel Trail.

The Guemes Channel Trail site visit with Congressman Larsen will begin at the Edwards Way trailhead. Following a short walk, Mayor Dean Maxwell and site visit organizers will welcome the Congressman, followed by discussion of how to Complete the Dream. 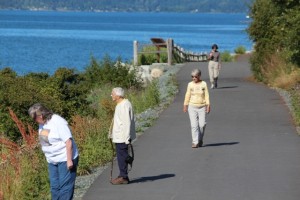