By baw_admin | Published March 21, 2011
Opponents of bicycle facilities have turned to the courts. The litigation isn’t likely to stop until cycling advocates win in the court of public opinion. 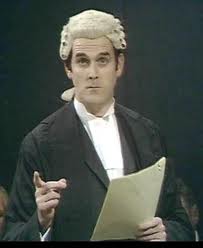 Baseball, it seems, is no longer the National Pastime. No, America’s favorite activity now appears to be the filing of lawsuits. And lately those lawsuits are being used as a weapon to stop the construction of cycling facilities, or remove the facilities that do exist.
Litigation is not an inherently bad thing. In fact, it’s sometimes a necessary thing (The lawsuit brought against the tobacco industry by a number of state attorneys general comes to mind). Nonetheless, litigation is always frustrating, costly and time-consuming; ramps up the emotional ante and creates an adversarial mindset; and delays resolution of the issue at hand.
In the case of cycle-facility litigation, in fact, lawsuits can serve to postpone—sometimes for years—the construction of needed infrastructure.   But even more disturbing is what such litigation says about the negative perceptions toward cycling that persist in the United States, and about the cycling community’s limited success in combating it.
Witness a tale of three lawsuits in three cities.
The first, familiar to Puget-Sound area cyclists, is the litigation that’s delayed completion of the last one-and-a-half mile section of the Burke-Gilman Trail in Seattle’s Ballard neighborhood—the trail’s so-called “missing link.”
The bulk of the 15-mile Burke-Gilman was finished in 1978, with short additional sections built since then.  When the “missing link” is complete, cyclists will be able to travel from Seattle’s Shilshole Marina to Issaquah without ever having to ride on the street.
But according to the Pacific Northwest magazine, the Ballard segment, which would pass through an industrial neighborhood, has been mired in controversy since at least 1996. After the city finally decided on an alignment for the section in 2003, some local businesses objected, then sued, claiming that the trail would harm their industrial activities and present a safety hazard. (Editorial comment: I’m not sure how anything could be less safe than the status quo, which, as the Pacific Northwest article noted, involves cycling along a street “with the shoulder the width of a laptop and 36-ton cement trucks bearing down on you.”)
The city won most of that lawsuit, although a judge did order an environmental review for one section of the missing link before construction could proceed.  Seattle’s transportation department (SDOT) finished that review last month, concluding that the trail would have no significant impact.
This would seem to have been the end of the delays—until a group of businesses appealed the transportation department’s conclusions to the city hearing examiner. One can presume that if the hearing examiner rules in the city’s favor, it’s off to court again to appeal the hearing examiner’s decision.  And on it will go.
So the missing link, which the city says it has the money to build and would have started building in 2009 but for the lawsuit, remains in limbo 33 years after the bulk of the trail was constructed.

But things could be worse.

In San Francisco, a lawsuit brought by gadfly and frequent cycling critic Rob Anderson put that city’s bike-lane plan on hold, at least in part, for four years.  Anderson, who shares his thoughts on the “war on cars” on his District 5 Diary blog, claimed that the City should have conducted an environmental review before proceeding—a claim not unlike that made by the plaintiffs in Seattle’s “missing link” lawsuit.
A court agreed with Anderson, so the City did the review, at a cost of $2.2 million.  The result? No changes had to be made to the plan as originally proposed.
As a result, a superior court judge last August lifted the injunction that had blocked the plan, and the San Francisco mayor Gavin Newsom finally got to lay a ceremonial strip of paint on one of the contested bike lanes.
Finally, New York City’s plans to make the city safer and more pleasant for pedestrians and bicyclists are under serious attack, as is the city transportation commissioner who is making it happen.
Mayor Michael Bloomberg had set out an ambitious agenda for changing New York’s transportation balance. To help bring that about he hired Janette Sadik-Kahn as the city’s transportation chief.
A recent New York Times profile noted that Sadik-Kahn, who is lauded as visionary by some but criticized as high-handed by others, has made huge changes, nearly doubling the miles of bike lanes in the city, creating separated European-style cycle tracks, introducing “rapid-transit” buses that use dedicated lanes, and turning once car-clogged Times Square into a pedestrian plaza. During her tenure bicycle ridership in New York has doubled and fewer people have been killed in traffic accidents in the city than at any other time during the last 100 years.
But as elsewhere, the backlash has grown. One tabloid gossip columnist has taken to calling Sadik-Kahn the “wacko-nutso bike commissioner.”  Even the New Yorker magazine’s John Cassidy, normally a sober commentator on financial issues,  has said that “it’s time to call a halt to Sadik-Kahn and her faceless road swipers.” Cassidy criticized the Bloomberg bike-lane plans as “a classic case of regulatory capture by a small faddist minority intent on foisting its bipedalist views on a disinterested or actively-reluctant populace.”  (Whew!)
To cap it off, a group of well-connected Brooklyn residents recently filed suit against the city to force removal of a bicycle track along Prospect Park West, claiming among other things that the city had ignored required environmental review. While the lawsuit focuses on the Prospect Park bike track, the New York Times has noted that it also “incorporates criticism of the administration’s overall approach in carrying out [Sadik-Kahn’s] high-profile initiatives…”

The mere fact that bike-facility opponents are motivated to litigate shows the depth of opposition that remains toward cycling in America.  Baffling as it may be to regular cyclists, some part of the American public seems to perceive bicycling as a threatening proposition, bad for business and for transportation.  There seems to be a widespread belief that the roads belong exclusively to cars, and that urban transport is a “zero-sum” game: if the cyclists “win,” then cars “lose.”  It’s not that way, of course. Adding bicycles to the transportation mix can actually help decrease traffic congestion and increase overall mobility, as the experience of Copenhagen has demonstrated.

But in bicycle advocacy as in other political endeavors, perception often trumps reality—in fact, perception is reality. So the most important task that bike advocates face is changing the average person’s perception of cyclists and cycling. Until we can do that, bike advocacy will continue to be an uphill fight.
That means that what cycling-advocacy organizations really need is a good marketing strategy.  Even the best product won’t sell without one. So while we should continue to lobby and organize (and in rare instances litigate), we need to realize that just isn’t enough. Perhaps it’s time to bring in the Mad Men. 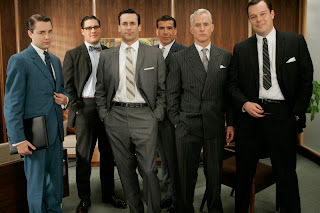 This article was posted in Advocacy, Attitudes, Infrastructure, Legal, Politics, Transportation. Bookmark the permalink. Follow comments with the RSS feed for this post. Both comments and trackbacks are closed.