On November 5, let’s elect these bike champions to keep the Eastside on course to build a healthier, more economically competitive and safer transportation system. 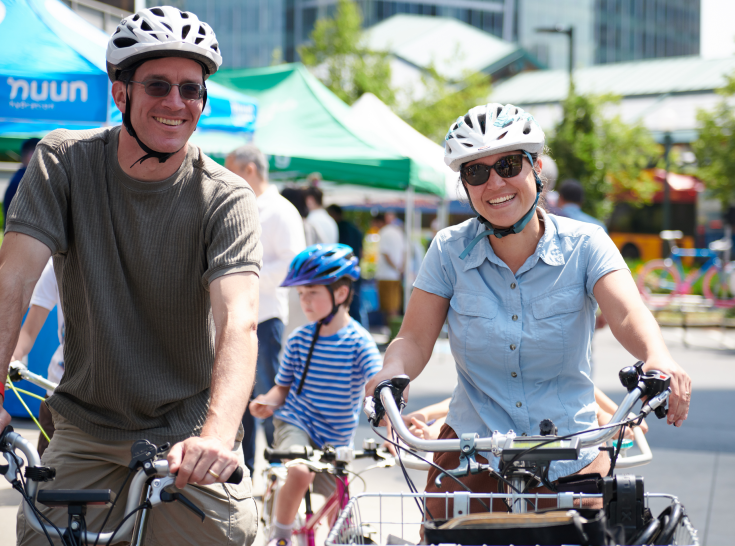 Read below about what’s at stake in East King County this election.

King County’s Eastside is squarely part of the fastest-growing region in the US. Facing projections for regional population growth of 1.8 million people in the next 30 years and the reality of denser communities, Eastside cities must evolve their transportation systems. A future that is healthier, more economically competitive, and safer is within reach by centering active transportation.

Changes are already underway: King County Parks is gaining momentum to connect the trails network thanks to supermajority voter approval of the August 2019 levy; Light Rail will connect through Bellevue to Redmond by 2023. The time is now to propel the Eastside forward by realizing a region-wide network for active transportation.

As new trails like the Eastrail (formerly Eastside Rail Corridor) open to the public, we need champions who will realize the vision for a seamless trails network to knit together Eastside communities. Washington Bikes has identified champions who support completing trails through their communities. For example, in Sammamish, support for completing the East Lake Sammamish Trail matters now more than ever, and we’re confident the three Washington Bikes-endorsed candidates will see the East Lake Sammamish Trail across the finish line.

While East King County has an abundant – and growing – trails network, many communities still lack safe on-street bike networks to get to work, transit, or to run errands by bike. By electing bike champions on the Eastside this November, we anticipate progress toward building much-needed urban bike networks and last-mile connections. For example, Bellevue installed its first downtown protected bike lane in 2018. Now, ongoing support from elected leaders is needed to ensure the much-needed and anticipated network of safe, simple, and protected bikeways can expand.

In 2016, residents in both Bellevue and Kenmore approved tax measures that included funding for safe places to bike. We need elected representatives who’ll make sure sufficient percentages from these new funding sources go to projects that will truly make cities like Bellevue and Kenmore walkable and bikeable, and work to renew vital funding for active transportation. In Bellevue, this means electing leaders who keep voter commitments to dedicate funding towards building the Bellevue bike network by 2023.

Safe Biking and Walking to Transit

Biking, walking, and rolling are healthy and affordable ways to get to transit – but only if transit hubs and station areas are accessible on foot and by bike. With East Link Light Rail stations opening in Mercer Island, Bellevue, and Redmond in just a few short years, elected leaders who will champion walk- and bike-ability are essential to ensure first/last mile connections are ready on day one.

In each one of the Eastside communities where we’ve endorsed, there are important funding and policy decisions coming up that can make for safer, connected communities by bike. There’s work to do to make streets around schools safer for children, for investments in recreational places for biking and for connected on-street bike networks. It all starts with electing bike-friendly leaders.

This article was posted in Advocacy and tagged Elections, endorsements. Bookmark the permalink. Follow comments with the RSS feed for this post. Both comments and trackbacks are closed.