Trying to outdo what was arguably the most successful legislative sessions for biking in Washington state history is a tall order. In 2015, Washington Bike’ priority legislation, the “dead red” bill, passed in its first attempt with strong bipartisan support for a common-sense safety solution. The Washington State Legislature also passed a state transportation package, which invests approximately $500 million for biking, walking, Safe Routes to Schools, and complete streets projects over the next 16 years. Additionally, the two-year state capital budget invested in a record $15.5 million to build important trail connections statewide. To top it off, the legislature passed a bill to establish an outdoor recreation sector lead in the Governor’s Office and to support important changes for outdoor youth education. 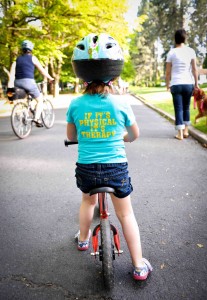 All those achievements didn’t come easy as the legislature went through not one, but three special overtime sessions. It amounted to a record 176 days in session (the 2015 legislature originally was scheduled to last 105 days). By most accounts, many remain fatigued and are looking to complete the “short” 60-day second session of the two-year biennium on time.

Washington Bikes Board of Directors and its Legislative and Statewide Issues Committee set a 2016 approach with four focus areas that largely mirrors last year’s agenda. It adds one significant focus to protect trails, like the John Wayne Pioneer Trail.

Here are the four priority areas (note, they are not prioritized by the Committee or the Board):

Investments that get Washingtonians where they want to go

Washington Bikes continues to support transportation investments that focus on smart investments in successful programs that provide safe and healthy routes to schools for our children, complete streets for Washington’s main streets and business districts, as well as investments in trails and bikeways that improve mobility and spur economic development in rural and urban areas alike.

Following Washington Bikes successful lobbying in 2010, this Washington Traffic Safety Commission (WTSC) agency request legislation improves upon the current law by broadening the definition so that any person (with much narrower exceptions) operating a motor vehicle while holding a personal wireless communications device is guilty of a traffic infraction. It closes loopholes such as being able to use one’s phone while stopped at an intersection or stoplight (currently legal), it also expands the definitions of handheld uses to ban texting and email use on smart phones. Additional violations receive twice the penalty, plus violations go on one’s driver record for insurance purposes. Finally, distracted driving would be included in Department of Licensing exams (currently they are not).

This article was posted in Advocacy, Economic Impact, Funding/Policy, Infrastructure, Issues & Advocacy, Legislature, News, Safe Routes to School, Trails, Transportation. Bookmark the permalink. Follow comments with the RSS feed for this post. Both comments and trackbacks are closed.