We’re Number One…Or Are We?

Why is Washington State the #1 Bicycle Friendly State in the United States and not #1 in the World?

Last month’s news announcing Washington state as the #1 Bicycle Friendly State in the nation brought mixed reactions from observers, advocates, and agency staff. For some, it was recognition that Washington state has made important strides forward. For others – especially those that ride Washington state’s roads on a daily basis – it drew jeers as streets and roads still lack safe connections in every city or town across the state.

So what’s going on here? Aren’t we the best? Should’t we rest on our laurels?

The former Bogota Parks Director and now Director of the international organization 8 to 80 Cities, Gil Penalosa, provided some insightful comments about the myth of excellence and complacency at his May speech in Seattle. Writing for Next City, Josh Cohen offered an excellent recap on Penalosa’s talk:

“‘For a place like Seattle,’ Penalosa said,’the greatest barrier for getting people engaged is, the myth of excellence … You think you are great, but you are not.’ Seattle is good by American standards and ranked high in best cities lists as a result. Penalosa advised fighting complacency and taking Seattle from good to great. To do that, citizens need to benchmark themselves against the best in the world, not those already worse than them.”

As a reminder, Washington’s #1 ranking was achieved with a score of 66.3 out of 100. That’s a solid D grade, but in a competition amongst D and F students, someone’s going to win.

Indeed, consider some of the following:

It’s hard for Washington state to compete on the world stage with numbers like those. 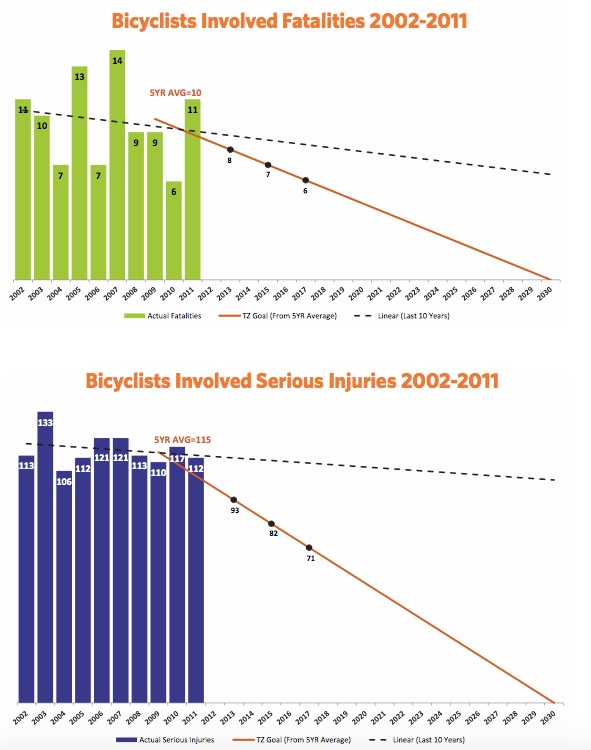 Remember what this state ranking is about:

So what needs to be done?

It’s not rocket science to say that more investments in staff capacity at the state level, more investments in biking and walking projects, and more thoughtful transportation projects that consider all modes will help Washington increase its D grade on the Bicycle Friendly State Rankings, and hopefully help it achieve some sort of parity on the world scale.

These are not exhaustive, nor are they even the most ambitious – they are items that are tangibly in the hands of WSDOT and the Washington State Legislature.

And for you? Take a moment to write your state legislators right now to ask them to hold the line on the House Transportation Committee proposal of $236 million to make biking a safe, healthy, and realistic option today.

Right now, Washington state continues to deny large swaths the freedom to get around safely and affordably on a bike. Let’s not get complacent with our #1 status, remind your legislators that they can make real progress by making biking and walking investments today.

This article was posted in Advocacy, Funding/Policy, Infrastructure, Issues & Advocacy, Legislature, News, Politics, Safe Routes to School, Safety, Trails, Transportation, WSDOT. Bookmark the permalink. Follow comments with the RSS feed for this post. Both comments and trackbacks are closed.