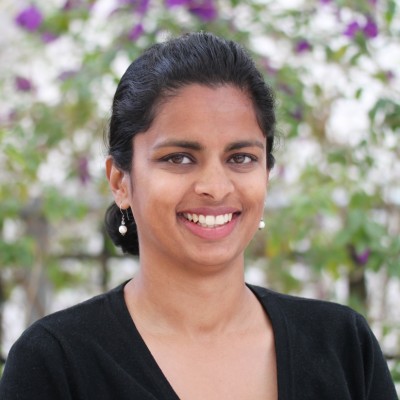 Guest blogger Samantha Ollinger, Executive Director of San Diego, gave the keynote address at breakfast on Day Two of the 2015 Washington Bike Summit. We added a couple of the tweets people shared during Sam’s remarks.

I had the thrill of speaking to a sold-out crowd of attendees committed to making Washington State more bike friendly at the recent Washington Bikes Summit. I wanted to also record some of my comments in written form so that those of you who missed the event can perhaps be inspired to be committed and stay the course to ensuring that your own community — in and beyond Washington State — is bike-friendly and a source of joy and pride to you.

Barb Chamberlain and I originally connected through the powerful medium of the internet when she somehow stumbled across my personal bike blog Brown Girl in the Lane several years ago. She was getting her feet wet in bike advocacy, and I personally had no real interest in advocacy (at the time) beyond ranting on my blog.

I had started the blog because someone on a local bike commuter forum complained about the dearth of local bike blogs and I figured I’d start one. The name of the blog was very deliberate — I wanted my audience to know that I was brown-skinned, I was female, and that I enjoyed puns (the name is a play on an old Boney M song, Brown Girl in the Ring).

I had just moved to San Diego with my husband (fulfilling his 16-year-old dream to live by the ocean so he could regularly surf). In San Diego we didn’t know a single person in the city. But I made a decision that I wanted to only befriend people who loved slow food and bicycling. And it is this decision that has opened up a whole new world, given me a whole new career and an engaging enough opportunity to stay in it longer than I would have otherwise.\

We had wound up in San Diego and during our journey to San Diego I had just undergone a fairly drastic personality change.

After a somewhat traumatic experience in my former home city of Philadelphia that shook my already introverted and withdrawn self to my very core, I convinced my husband to move across the country on a bicycle because I wanted to do something bold. I’m trained as an accountant and had carefully constructed my life to avoid human contact and most socialization — so this was a very bold idea for me to suggest. But I didn’t want to live a life of fear, worrying about things that may or may not happen.

So we sold everything we owned and replaced it with a bicycle, panniers, camping equipment and headed out West. Having never willingly ventured outside major cities by choice, I was very nervous oaboutf what to expect. In the post-9/11 world the fact that someone with my background (Indian — from Asia) could be mistaken for a potential terrorist was on the forefront of my mind. I had experienced fairly unpleasant encounters at airports and wasn’t eager to run into any citizen activists who could take a dislike to me upon sight. You know…the kind of activists I’d heard about on TV.

What I found riding through the country was something no media organization had bothered to inform me about. Our entire journey took us through communities that were filled with kind, humble people who willingly welcomed us into their communities, their homes, their yards (so we could pitch a tent) and willingly — and without us asking — invited us to share a meal, in exchange for sharing stories, experiences, hopes and dreams.

This was in the midst of the 2008 recession and a lot of communities were reeling from the housing collapse. But we experienced unbelievable amounts of kindness everywhere we went.

Prior to leaving Philadelphia, I was convinced that the entire countryside was filled with racist murderers who wanted nothing more than to lynch me. But the reality was much different. People were nice and compassionate and no one treated me differently because I looked different from the people they were typically accustomed to.

And it was during the course of that trip that I committed to offering myself to being of service in whatever community we’d wind up in to promote biking and walking. That community happened to be San Diego.

In Philly, I wasn’t much of a bike rider. My limit was 2 miles — on flat ground with no threat of inclement weather. I began to enjoy riding and actually fall in love with it on some of the longer trips my husband used to drag me out to on iffy trails (that have since been paved thanks to the Philadelphia Bike Coalition’s efforts). The clarity of thought and focus I get from long rides isn’t something I’ve been able to attain  even through long silent meditation sessions. And that’s where the addiction to long rides began.

In San Diego — after taking a long time to get over the shock that despite the perfect weather, people preferred to be cooped up in their cars — I was consumed with one question: Why? Why aren’t people riding?

Over time I began to learn the answers. The barrier were many — freeways crisscrossing the city cutting neighborhoods from one another, urban canyons serving as another physical barrier along with mesas, valleys and other geographic formations — but at its core it was one issue that struck out over all the rest: the complete absence of political will to effect change to make San Diego’s transportation revolve around anything besides the automobile.

The story as Barb wrote was that I somehow was able to finagle mayoral candidates in our historically car-centric town to come out strongly in support of biking. But it wasn’t that easy.

What it was based on was a simple idea: What’s the harm in trying? What if you stayed persistent despite criticism, mockery, putdowns, and gave the dream your best shot? What if you focused on the small bits of encouragement — via bloggers located thousands of miles away, via strangers who shared one thing in common, our mutual love for bicycling — and tried to give it your best shot?

So that is the essential foundation of BikeSD: a member-supported, non-profit organization with an idea that seemed to be based on complete fantasy but now in three years has turned into a vision “that will probably never happen here.” Progress, as I see it. And an exciting journey to be travelling along.

“Brown Girl in the Ring” by Boney M

This article was posted in Advocacy, Commuting, Equity, Events, Guest Blogger, News, Women. Bookmark the permalink. Follow comments with the RSS feed for this post. Both comments and trackbacks are closed.