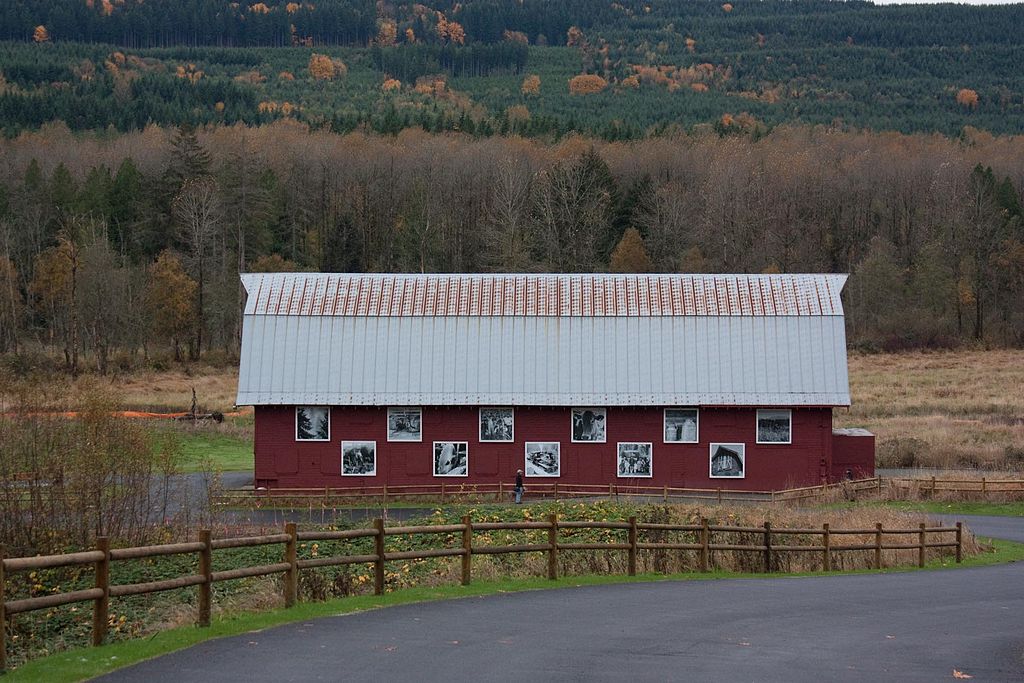 With 12 trailheads across its 30-mile span, the Centennial Trail can be broken into a nearly endless number of rides for beginners to experts alike. One of the most scenic is the short stretch from downtown Arlington to the northern terminus of the trail at the old Nakashima Farm site. And at just 15.5 miles roundtrip on a flat, car-free multi-use path, the ride is truly accessible for anyone, families with children included. 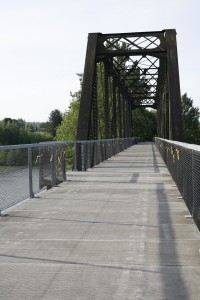 Shortly after leaving downtown Arlington, the trail crosses over the Stillaguamish River where its North and South Forks converge. The river valley affords views of the western edge of the rugged, snow-capped North Cascades. This bridge over the river is arguably the prettiest section of the entire trail. It is the sort of scenery that helps define western Washington (and inspires jealousy in friends and family who live elsewhere and must live vicariously through photos).

Immediately north of the bridge, the Centennial Trail intersects with the Whitehorse Trail, a 27-mile rail corridor owned by Snohomish County Parks. The western segment that abuts the Centennial Trail is best suited for hikers, horses, and really fat mountain bike tires (note: seven miles of the Whitehorse Trail’s eastern section is very bikeable in Darrington). In response to the SR 530 tragedy in Oso, Washington Bikes is working with partners including Snohomish County Parks and leaders in Arlington and Darrington to coordinate and acquire funding to develop the entire 27-mile corridor to spur bike travel and tourism and connect the Stillaguamish Valley to a growing trail network across the Puget Sound. 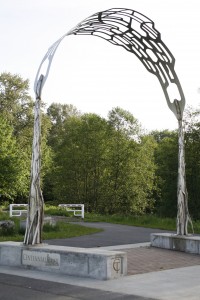 Continuing north, the trail passes through a mix of farmland and forest. Perhaps its because I grew up in farm-heavy central Pennsylvania and have fond memories of riding country roads with my parents, but there’s a special place in my heart for rides that pass through farmland. Wafts of manure aside, barns and pastures and horses and cows are great scenery.

The trail ends 7.8 miles from Arlington at the site of the historical Nakashima Farm. The Nakashima Family bought the dairy farm in 1937 having worked on it for nearly 30 years prior. During World War II, the Japanese-American Nakashima’s were forced into internment camps and sold off the farm in 1942. It was the first and, to-date, only dairy farm in Snohomish County owned by Asian Americans. Today, the historic red barn still stands at the trailhead park (which, for the record has bathrooms) and a “History Quilt” with photos of the land in its various uses through the years from forest to mill site to farm.

From there, it’s just a matter of turning around and heading back the way you came to Arlington.