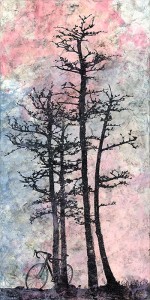 It has been said that artist Cameron Kaseberg has taken the solvent transfer process of image making further than any artist working today. He has developed the once obscure process, brought to prominence in the 1950s by Robert Rauschenberg, to new levels of expressiveness. In Northwest regional exhibits and at national art fairs, Kaseberg’s works have been received with enthusiasm for their inventiveness and as expressions of human sensibilities.

The solvent transfer process involves “borrowing” inks from various printed media as well as his own photos and graphics, chemically dissolving them, and transferring the image onto a new surface. Much as a photographer can manipulate the camera image in many ways, the solvent transfer can be changed, arranged, composed and continually altered to express the artist’s aims. Additional treatment with drawing or painting techniques may contribute to the uniqueness of each of Kaseberg’s works. Although called transfer prints, each is one-of-a-kind.

What Kaseberg expresses in his work is based on his background of having been raised on a ranch in North-Central Oregon, having been educated in excellent schools and having lived long enough to reflect on life through his art work in ways that seem to appeal to the many who collect his work. 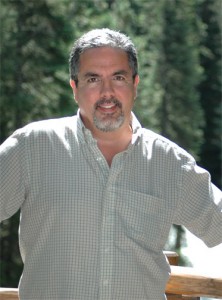 Portrait of the Artist

We are excited to announce that Cameron Kaseberg’s work will open the #BikeLove Party on Thurs, February 6, and be available for sale at the event and through the end of the month. We are honored to have Cameron attending the event so come meet the artist, discuss his unique approach to his craft, and buy a piece of art while you are at it. A share of all sales will benefit Washington Bikes’ education, safety, and advocacy work.

See you February 6 to celebrate BikeLove!!