From our friends and partners at the Adventure Cycling Association– 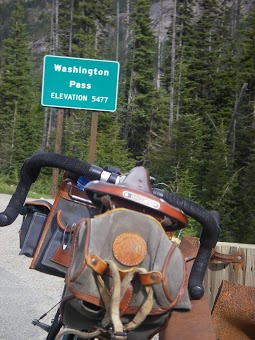 Bike travel in Washington lets you see the state from the best possible vantage point: your bike saddle! Tell us who has made your bike travel experience amazing and send in a nomination for the Adventure Cycling Association bicycle travel awards.

Who organized your first group bicycle tour? When your chain broke in the middle of nowhere, which bike shop set you on your way again? Who gave you a dry place to sleep out the storm on your last bike tour?

Adventure Cycling Association would like to honor these people!

SPECIAL NOTE: Send your nomination to us too and we’ll highlight ALL the Washington bike travel rock stars on our blog and Facebook page.

Adventure Cycling is accepting nominations for the 2013 Bicycle Travel Awards. This is your opportunity to celebrate those who have made your bike travels easier, more memorable, or possible. Nominate your bicycle-travel heroes for one or more of the following national awards:

The Pacesetter Bicycle Travel Award recognizes the efforts of those who have promoted bicycle travel in the U.S. in an exemplary way. This award is named after Charlie Pace of Columbus, OH, who has spent decades creating and supporting bicycle-travel opportunities.

The June Curry Trail Angel Award thanks a generous individual or group that has made a traveling cyclist’s journey easier, or possible, and is named after June Curry of Afton, VA, the famous “Cookie Lady” of the TransAmerica Bicycle Trail. Over the course of three decades, June brightened the journeys of over 11,000 touring cyclists by providing them with refreshments and cookies at a small stand near her home.

The Braxton Bike Shop Award honors a bike shop that has promoted bike travel in an outstanding fashion, and has generated enthusiasm for bike touring within its community. Braxton Bike Shop in Missoula, MT, was the inaugural winner of this award and was integral to the success of Bikecentennial ’76, the event that kick-started Adventure Cycling Association.

We know that there are bike-travel rock stars out there and we want a chance to thank them!

One winner for each award will be selected in the fall of 2013 as per the criteria outlined in the nomination  form for each award. Nominations must be received by September 30, 2013. Acts of goodwill need not have happened in 2013 to qualify for the 2013 awards.

Nominate your hero today for the Adventure Cycling Association award.

This article was posted in News, Tourism, Travel. Bookmark the permalink. Follow comments with the RSS feed for this post. Both comments and trackbacks are closed.