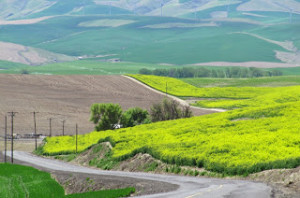 The Ann Weatherill Cycling Classic on June 15 showcases the vineyards, orchards and wheat fields that surround Walla Walla. Organized by the Wheatland Wheelers, this ride offers several scenic route options that tour through the Walla Walla valley, and the century route climbs into the foothills of the nearby Blue Mountains.

The Ann Ride—as the locals call it—has its roots in bicycle safety education and advocacy.

Ann Weatherill was a mother, an avid cyclist and member of the Wheatland Wheelers Bicycle Club, and a teacher at Garrison Middle School in Walla Walla. She was struck and killed by an oncoming motorist attempting to pass another vehicle while on a Mother’s Day bike ride with friends in 2004.

Ann’s death galvanized local bicyclists to take action. The bike club hosted a meeting and invited Washington Bikes to discuss how this tragedy could be turned into something positive for bicyclists.

The Bicycle Alliance worked with the Walla Walla cycling community to introduce and pass HB 1108 – Ann Weatherill Safe Passing Act in 2005. The law makes it illegal to pass another vehicle if there are bicyclists or pedestrians approaching from the opposite direction on the roadway. 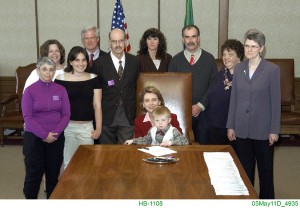 The Wheatland Wheelers decided to organize the Ann Weatherill Cycling Classic as a way to remember and celebrate Ann’s life. This year marks the ride’s eighth anniversary, and proceeds from it benefit local bike safety projects and the Bicycle Alliance’s statewide efforts.

We are featuring the Ann Ride in a Walla Walla Bicycle Weekend package that we are raffling off. Tickets can be purchased online until May 8.

This article was posted in Advocacy, Bike Clubs, Education, Events, News, Rides, Walla Walla. Bookmark the permalink. Follow comments with the RSS feed for this post. Both comments and trackbacks are closed.