Photographs by the author

On Wednesday February 13, Sound Transit (ST) staff, members of the ST Bicycle Advisory Group and other interested parties took a tour of the Mount Baker and Beacon Hill light rail stations. The purpose of the tour was to see the existing bike parking facilities and hear about the upcoming improvements to the bike parking facilities at these two stations. I attended the tour as a representative of Washington Bikes alongside board member King Cushman and former board president Arnie Tomac.

We met at the International District/ Chinatown Station and rode to the Mount Baker Station for the first segment of the tour. 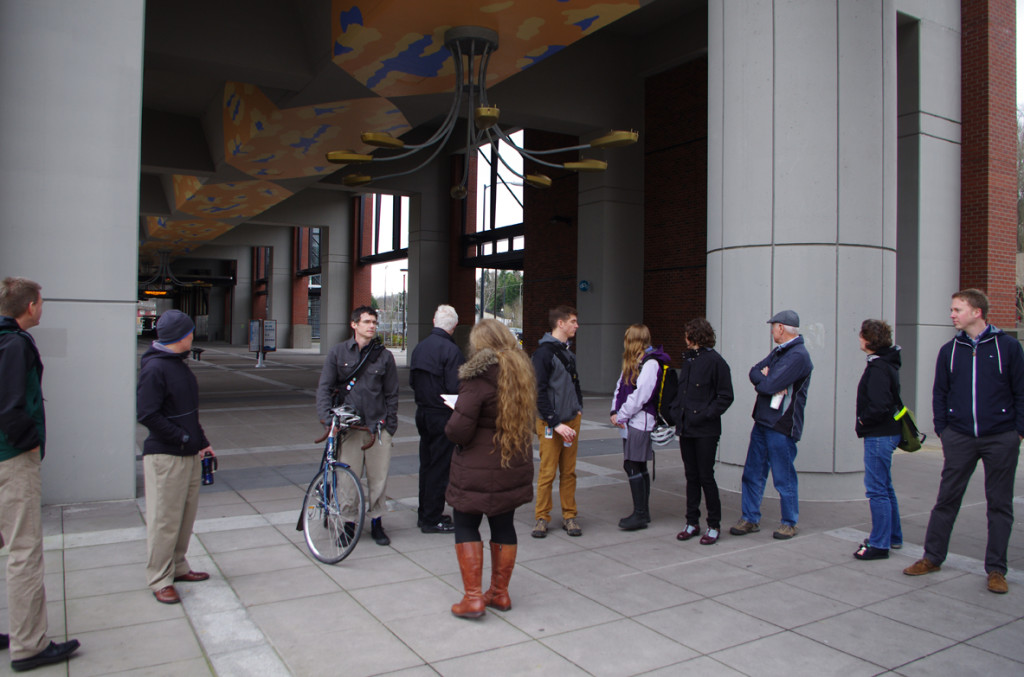 After seeing the facility there and discussing future developments we traveled to the Beacon Hill Station and toured that facility. 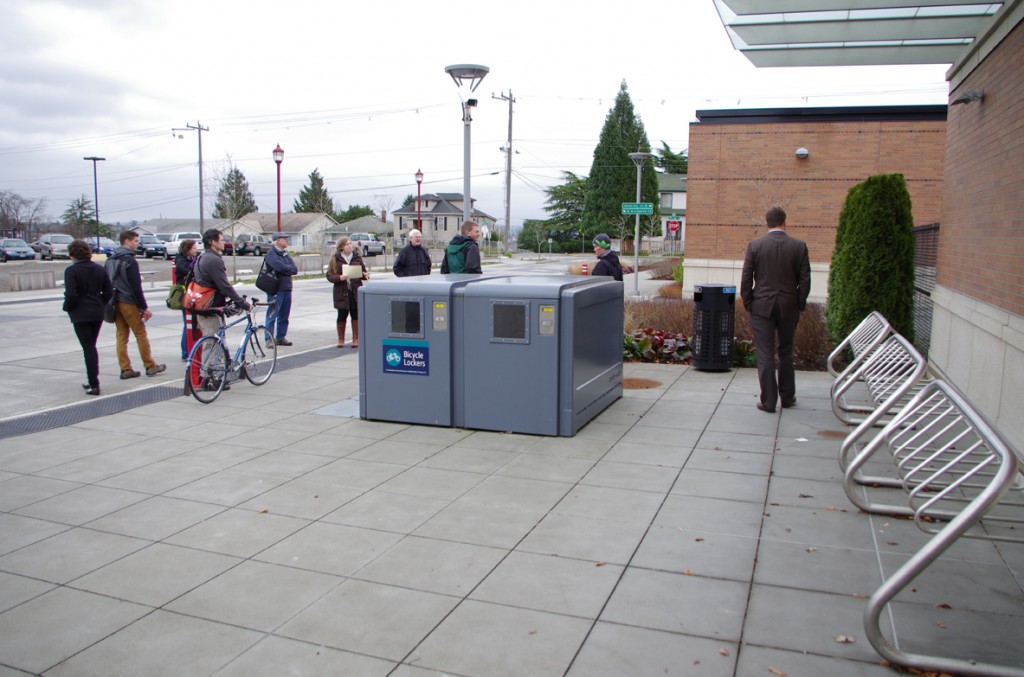 Since we were doing well on time, we took a small detour to the Beacon Hill Greenway where we heard from Dylan Ahearn of Beacon BIKES about the development of the Greenway. 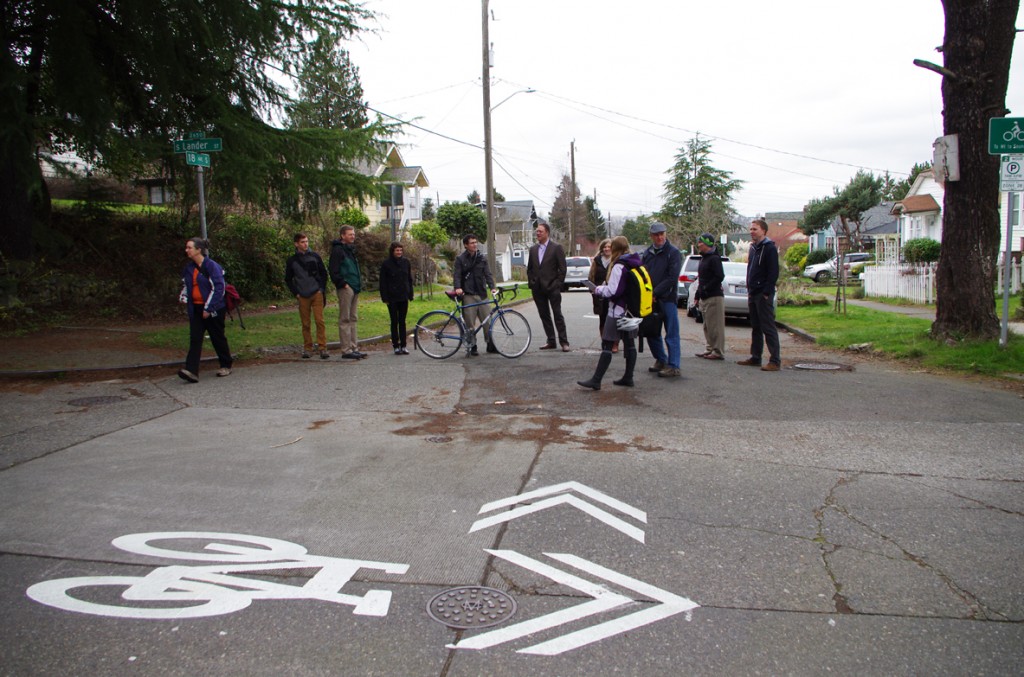 Sound Transit has been retrofitting additional bicycle parking at the light rail stations from Stadium station to the SeaTac/ Airport Station. Two of the last stations to receive retrofitting are the Beacon Hill and Mount Baker stations. At the Mt. Baker station there are currently two bike lockers with four secure spaces and two racks with capacity for 16 bikes. The retrofit as planned will add 10 more bike lockers to provide 20 more secure spaces.

At the Beacon Hill station there are currently two bike lockers with four secure spaces and three racks with capacity for 24 bikes. The retrofit as planned will add a bike cage with 24 spaces initially, and space reserved for another 24, should there be sufficient demand. The racks that will be installed in the cage are a two-tiered system that is very space efficient—and is similar to the racks that were used in the Bike Port .

Currently, the Beacon Hill station has five people on the waiting list and the Mount Baker Station has six people on the waiting list for bike lockers. At the Bicycle Alliance we see the increased bicycle parking capacity at Sound Transit stations as a step in the right direction though we would like to see more bike parking in the future. The waiting lists for bike lockers at Sound Transit and King County Metro transit stops throughout the region is a clear indicator of current demand and an indicator of latent demand for bike parking at transit stops.

It is generally accepted by urban planners that people will walk up to half a mile to a transit stop. Similarly people will bike at least two or three times that distance to a transit stop, especially if the multi-modal experience has smooth transitions.  By making better provisions for biking to the light rail and for parking bikes at the stations, there is an opportunity to increase rail ridership substantially. At Washington Bikes we are enthusiastic to see Sound Transit retrofitting their stations to increase bicycle parking.

This article was posted in Accessibility, Bike Parking, Bike to Work, Commuting, Infrastructure, News, Transit, Transportation, Travel. Bookmark the permalink. Follow comments with the RSS feed for this post. Both comments and trackbacks are closed.