We have recently received new photos of the construction activities, as well as updates from WSDOT’s project manager, Jeff Cook. The latest: construction has been pushed back a few weeks and completion is now scheduled for February 28. 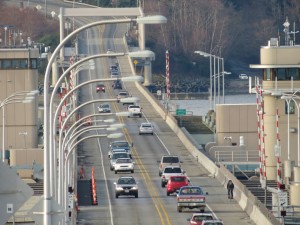 The safety improvements include over $1 million in improvements will be made by filling in bridge grating on the area used by bicycles with elastomeric concrete and by improving bridge plates that cover the floating bridge’s joints. For the recap of the campaign for improvements, see our press release from the summer.

Operations are beginning to move forward on the north side.  Work to install containment systems and form panels on the north shoulder will begin at the west lift span today.”

The North Kitsap Trails Association also reports that the new surface, “four and a half feet flush with the grating looked like it’d be much more comfortable to ride than three feet with carriage bolts and an inline edge of the plates.”

Still, based on the signage & cones, the contractors are not communicating it’s ready for use yet, so hold on until February 28! Until then, check-out some more photos of Hood Canal Bridge safety improvements progress, courtesy of Don Willott. 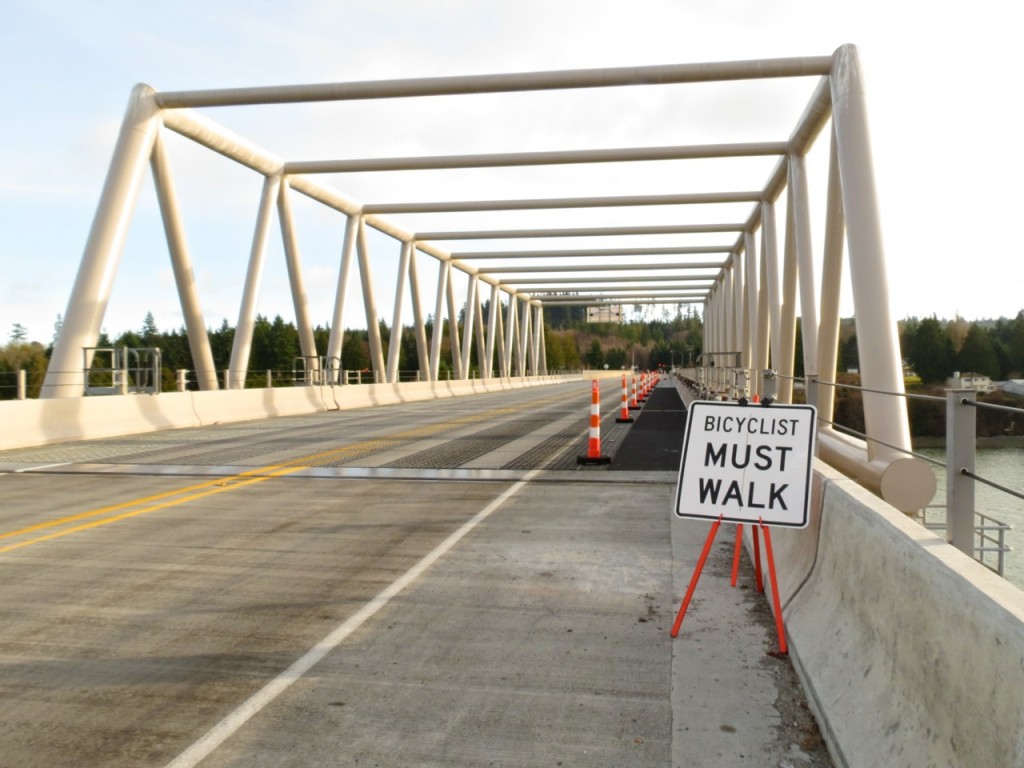 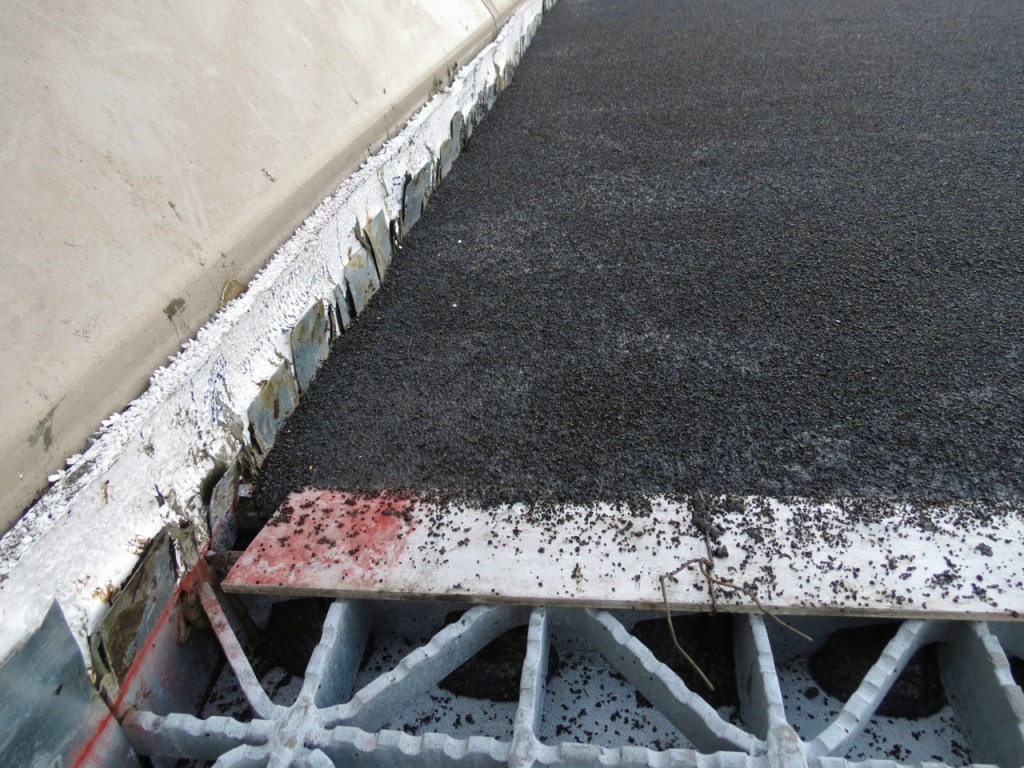 Close-up of the new elastomeric concrete material that fills the bridge grating. 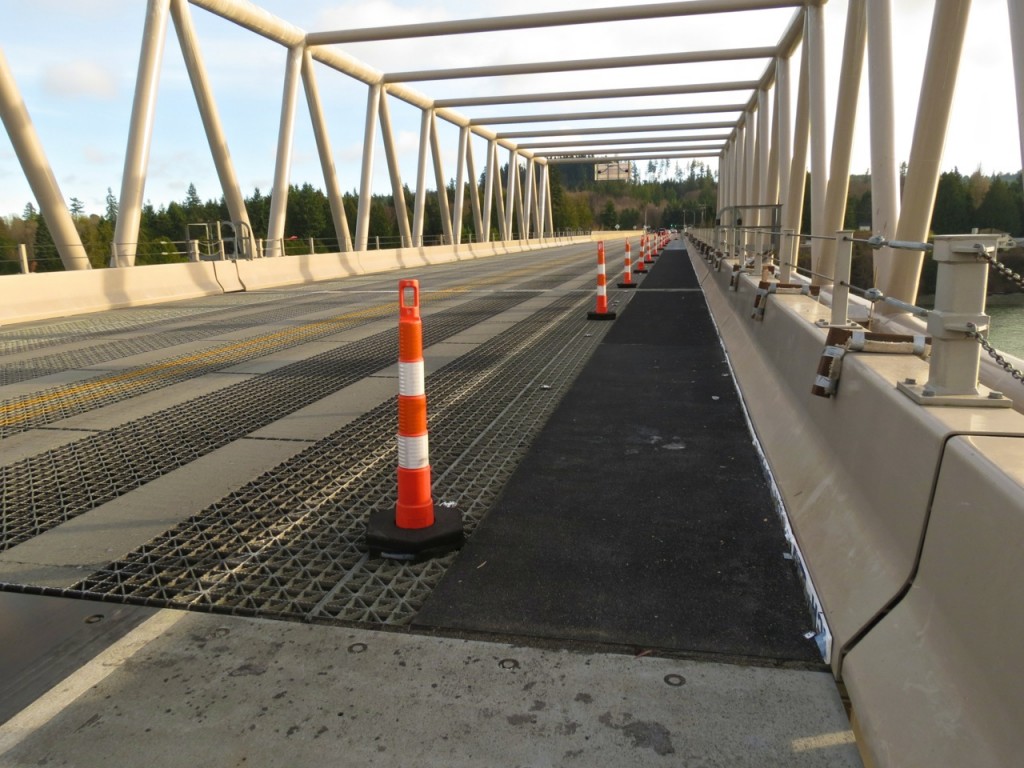 View of the new elastomeric concrete riding surface under construction. 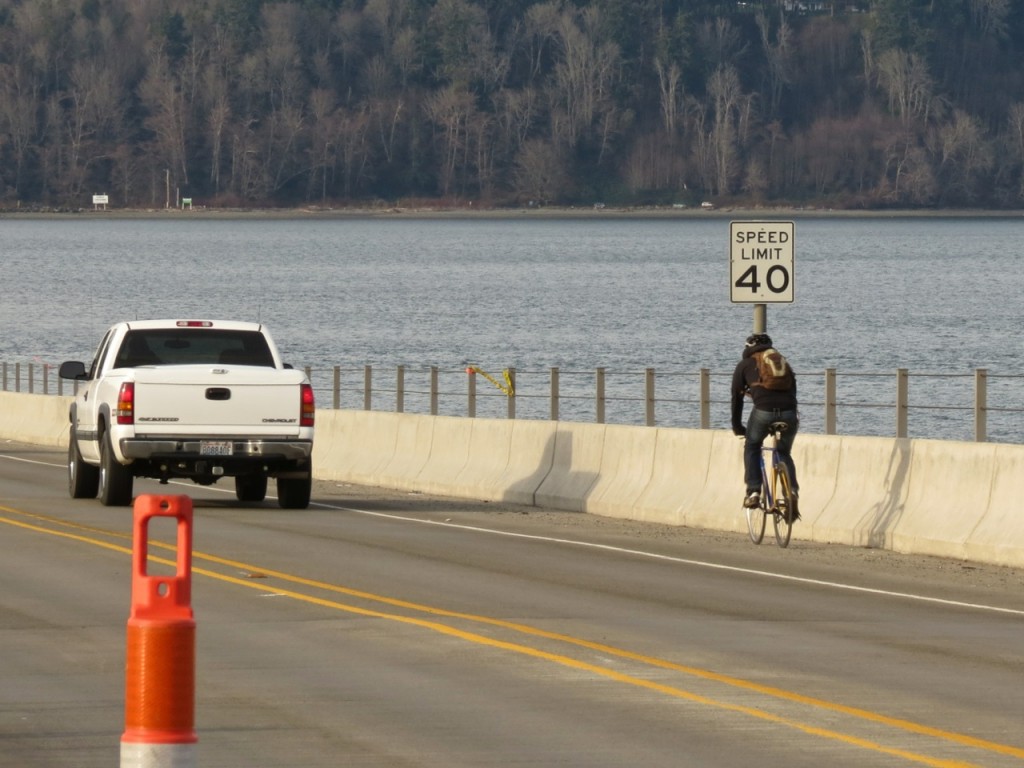