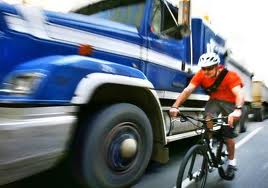 On April 18, after a multi-year effort by the Cascade Bicycle Club and other cycling advocates, Washington lawmakers finally passed legislation designed to protect vulnerable road users. The law, Substitute Senate Bill  (SSB) 5326, has been sent to the governor for her signature.
If signed by the governor (and there’s no indication at this point that she won’t), the law will strengthen penalties under the state’s negligent driving statute for motorists who kill or severely injure bicyclists, pedestrians, and other vulnerable road users such as motorcyclists and equestrians.
Under current law, the penalty for second-degree negligent driving, a non-criminal traffic infraction, is a flat $250 fine regardless of the harm caused to others.  Under SSB 5326 the offense would remain an infraction; however, motorists who drove negligently and caused the death or serious injury of a vulnerable user would be subject to a maximum $5,000 fine and would lose their drivers’ license for 90 days.
In lieu of that penalty, a driver could ask for a court hearing; in that case he or she would be required to pay a $250 fine, attend traffic school, and perform community service that included activities related to driver improvement and traffic-safety education. Motorists who chose to go to court but failed to follow though with their obligations would be subject to the $5,000 fine and 90-day license suspension.

This article was posted in Advocacy, Bike Clubs, Issues & Advocacy, Legal. Bookmark the permalink. Follow comments with the RSS feed for this post. Both comments and trackbacks are closed.