The “Mutual Responsibilities” Bill—What’s Up?

By baw_admin | Published March 30, 2011
The legislature won’t act on the proposed bill to set out drivers’ and cyclists’ rights and responsibilities until cyclists’ concerns are met; next steps will be taken at Bike Alliance Legislative Committee early summer 2011 meeting 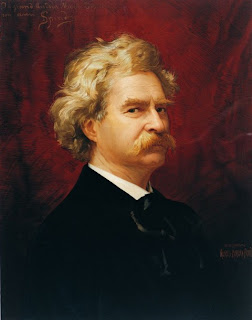 “Rumors of my death,” Mark Twain once remarked, “have been greatly exaggerated.”
The opposite might be said about the existing version of House Bill 1018, the proposed “Mutual Responsibilities” law introduced at the beginning of this year’s legislative session. Internet rumors to the contrary, the bill isn’t going anywhere, this year or next, without more input from cyclists and a thorough vetting to ensure that concerns have been met and it accomplishes its intended goals.
HB 1018 was an attempt to set out motorists’ and cyclists’ rights and responsibilities—including more specific language about safe passing distances. The Bike Alliance’s Legislative and Statewide Issues Committee, comprised of cyclists from around the state, drafted the bill; and Rep. Jamie Pedersen, D-Seattle, agreed to be its prime sponsor. A number of other legislators joined as co-sponsors. A companion bill, SB 5193, was introduced in the senate, with Sen. Scott White as its prime sponsor.
However, after the bill’s introduction a number of cyclists raised concerns about some of its provisions, some believing that it reduced cyclists’ existing rights. Because of these concerns the Bike Alliance asked the bill’s sponsors not to take action on the legislation, as reported earlier on our web site’s legislation page and blog.  The sponsors in turn asked the legislature’s Transportation Committee chairs not to schedule the bill for a hearing during the 2011 session. In fact, no legislative action has been taken on either the House or Senate versions since January.
Nothing more will happen until the Bike Alliance’s Legislative and Statewide Issues Committee discusses the bill and conducts further outreach to the bicycling community. Committee members will discuss the bill at their early summer 2011 meeting, which will take place in a few months. (Check the Bike Alliance website and blog, where information on the meeting’s date and location will be posted once they are confirmed.)
However, a recent post in the Seattle Likes Bikes blog has apparently raised concerns among some that the legislature will act on essentially the same bill next year.  Not to worry: these fears are misplaced.
Technically, the state legislature operates on two-year cycles, each of which includes two regular legislative sessions, as explained on the Washington State Legislature’s “overview of the legislative process” web page.  The 2011 legislative session is the first of the current two-year cycle. Bills that are introduced during the first regular legislative session of a cycle don’t “die” if they aren’t acted upon; instead they carry over to the second regular session.
Thus, it’s literally true that HB 1018 isn’t “dead.” But that doesn’t necessarily mean that the same bill (or any bill) will be resurrected and acted upon in 2012.  Practically speaking, this will happen only if the bill’s sponsors ask the committee chairs to set some version of the bill for a hearing—and that won’t happen until both the Bicycle Alliance and the bill’s prime sponsors are convinced that the bill meets cyclists’ needs.
In the meantime, we’d like your input. Take a look at the bill and forward any comments or ideas to Bicycle Alliance Executive Director Barbara Culp at barbc@wabikes.org.

This article was posted in Bike Blogs, Issues & Advocacy, Politics. Bookmark the permalink. Follow comments with the RSS feed for this post. Both comments and trackbacks are closed.