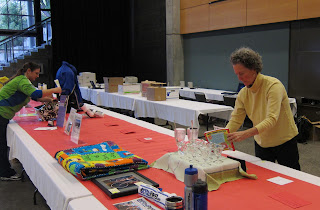 Saturday–auction day–was an unsettled day of weather in the Puget Sound.  An overcast and showery morning gave way to some midday sunshine, followed by a rainy evening.
But the atmosphere inside Fisher Pavilion did not reflect the outdoors.  A veteran group of volunteers prepared the venue for a festive Bicycle Alliance auction in record time.  Rows of long tables were laid out with enticing displays of silent auction items, the dessert dash, and wine and beer grab. Dave Shaw and Scott  Ely performed their wizardry as they set up a network of computers that would support registration, capture winning bids and print out receipts at the end of the evening.  Volunteers assisted Foodz Catering with setting the dining tables.  The transformation was complete!
Many guests arrived early and by 6pm the auction was well underway.  People bid on silent auction items, purchased 50/50 raffle tickets, and scored some great selections from the wine and beer grab. 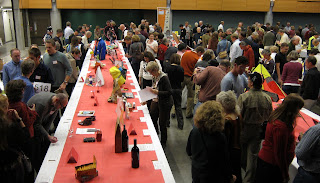 They previewed the selection of tempting delectable desserts that would be available in the dessert dash. 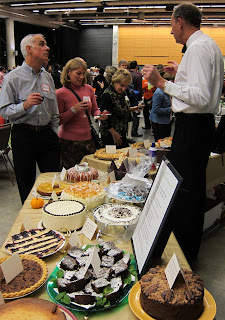 Bidders hovered over their must-have items as silent auction tables came to a close. 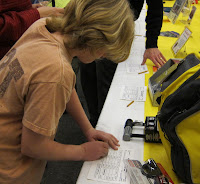 Dinner was served by members of the Cyclists of Greater Seattle (COGS), who generously volunteered their time as our wait staff. 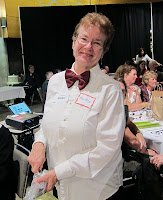 Bicycle Alliance Executive Director welcomed guests to the auction, thanked the event’s sponsors and many volunteers, and presented Seattle Mayor Michael McGinn with a Share the Road jersey. 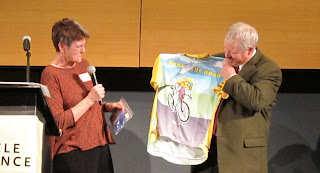 Emcee Dave Ross of KIRO radio took the stage, then thrilled the crowd with his rendition of Michael Jackson’s Thriller dance. 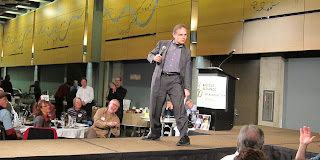 Then it was time for the main event–the live auction.  Returning auctioneer Eric Mamroth launched into action.﻿ 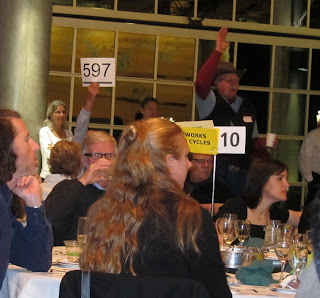 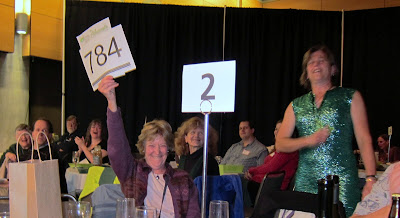 At the end of the evening, $84,000 was raised for Washington Bikes.  These funds will help us pursue our 2011 legislative priorities, expand our Safe Routes and Share the Road efforts, and continue our outreach in communities around the state.

A huge and heartfelt thank you goes out to the 60+ volunteers who helped make this event a success.  Volunteers helped with everything from serving on the Auction committee, doing data entry, picking up donations and organizing items, to performing key roles the day of the event. We also want to thank the folks at Bicycle Paper for their assistance with procurement.

And a special thank you to this year’s event sponsors:

This article was posted in Auction, Events. Bookmark the permalink. Follow comments with the RSS feed for this post. Both comments and trackbacks are closed.