Today Rep. Rick Larsen (WA-2) led all US House of Representatives Democrats on the Transportation and Infrastructure Committee in requesting funding for a popular program that supports community investments in infrastructure for better biking and walking. 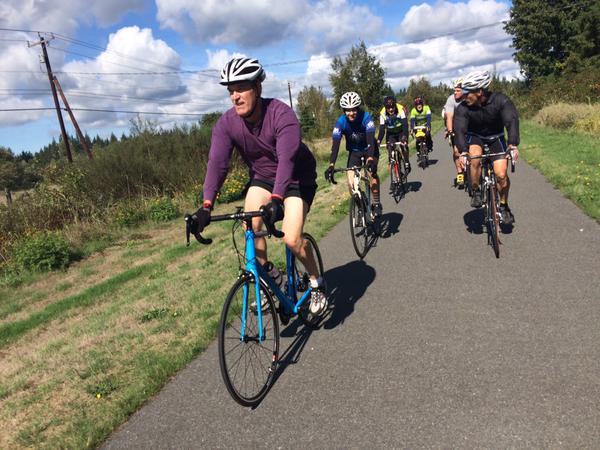 On Labor Day 2015, Representative Larsen joined Washington Bikes, elected officials, and business and organization representatives from Snohomish and Skagit counties on a bike ride along the Centennial Trail.

“Less than 2 percent of federal transportation funding goes to the Transportation Alternatives Program, which funds bike and pedestrian projects. But communities leverage these small funds to get big results. To make sure safety comes first for everyone who uses our roads, whether they bike, bus, drive or walk, local communities need these resources to invest in bike lanes, sidewalks and trails. Better bike and pedestrian infrastructure not only improves safety, it benefits people’s quality of life by cutting down on traffic congestion and pollution,” Larsen said.

Right now the House of Representatives is deliberating whether to consider a multiyear reauthorization or a short-term funding patch as it develops a longer transportation funding package. 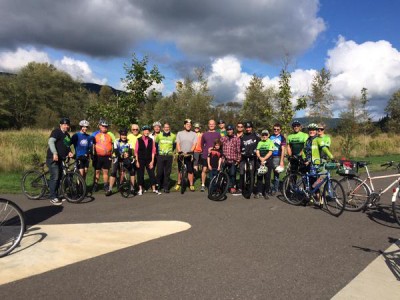 Washington Bikes thanks Representative Larsen for his leadership to protect this critical Transportation Alternatives funding that in Washington state supports Safe Routes to School projects, as well as numerous critical biking and walking projects chosen by local jurisdictions statewide.

“Representative Larsen gets it,” said Washington Bikes Executive Director Barb Chamberlain. “He sees that these smart investments in biking improve the health and safety of Washington children, and also grow local economies statewide. Local communities are clamoring for better bicycling connections that open towns and cities up to the $3.1 billion in annual spending that bicycle riders contribute to Washington state’s economy. Preserving the Transportation Alternatives Program does just that.”

This leadership for safer streets isn’t new from the Congressman who represents much of the northern portion of Puget Sound. Late last year he led a request to the Government Accountability Office (GAO) to learn more about the trends and causes of collisions involving pedestrians and bicycles and to make recommendations about improving safety on our streets.

His interest in making better cycling connections has led him to events at the Guemes Channel Trail, and on Monday he spent a few hours on a bike ride with Washington Bikes and Snohomish and Skagit county representatives to see the Centennial Trail and to learn about the potential in trail extensions on the Whitehorse Trail, and north to Skagit County and south to King County.