Washington’s historic transportation investments in bicycling, health, and safety are in jeopardy because of potential action by Governor Inslee on a low carbon fuel standard. It doesn’t have to be this way. Take action today.

Over the past six months, thousands of caring Washingtonians like you have asked state leaders in Olympia to make bold investments in our transportation future by making it safer and easier to bike and walk. 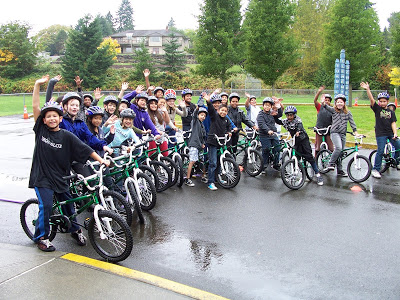 Governor Inslee threatens to eliminate all state Safe Routes to School funding. Tell him to stop.

Our leaders listened, but now Governor Inslee threatens to take away this once-in-a-generation opportunity to build bikeways and safer sidewalks for Washingtonians.

Just a few days ago, Washingtonians were told historic investments had been made in creating safe streets, new sidewalks and bike pathways for our school kids and communities. Now they’re being told those investments could be wiped away through a potential action by the Governor on a low carbon fuel standard. There doesn’t have to be a choice between safer and healthier communities and climate change – Governor Inslee knows he has other avenues to implement his climate change agenda. This isn’t it.

According to the Seattle Times, Governor Inslee is considering eliminating all our hard-won future state investments for Safe Routes to School, as well as $235 million for biking improvements statewide.

All told, almost $2 billion in special needs transit, rural transit, King County transit, environmental improvements, and walking and biking are on the line.

We don’t need to trade the safety of our kids at schools, special needs transit, and critical biking connections for lasting action on climate change – we can have both. This is a false choice driven by politics in Olympia.

It’s all up to Governor Inslee.

Tell Governor Inslee today to protect biking and walking safety investments so we can fulfill our promise to help every child grow up healthy and to create safer biking connections.

This article was posted in Advocacy, Alert. Bookmark the permalink. Follow comments with the RSS feed for this post. Both comments and trackbacks are closed.