If you don’t count, it doesn’t count (bicycling, that is)

Rigorous data collection for bicycling has largely been absent. Washington Bikes is now coordinating with WSDOT and on a statewide bicycle safety grant to install a robust bicycle counter network statewide.

One of the more significant problems facing active transportation advocates and stakeholders is the dearth of accurate bicycle use data. Knowing how many people are bicycling informs demand for infrastructure, provides feedback on the value of existing facilities, identifies needed improvements, helps compare safety between modes, and bolsters local support for active transportation.[i] Without robust data, well, bicycling really just doesn’t count. 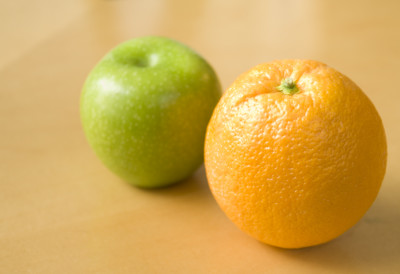 Safety data for walking and biking is apples and oranges compared to safety data for drivers. Photo courtesy of Michael Johnson, cc License 2.0

Although state agencies focus resources and staffing to calculate vehicle crash rates by exposure (vehicle miles traveled), injury and fatalities for bicyclists and pedestrians are compared to the population (deaths/injuries per 100,000 population). The lack of comparable denominator data is troubling, as it prevents a valid comparison of the risk of bicycling and driving. Available data suggest a dire need to address this problem: estimates suggest the U.S. has a cyclist injury rate twenty times that of Denmark and The Netherlands and seven times Germany’s. [ii]

The lack of exposure data for bicycling is also problematic when apportioning transportation dollars. Researchers have tracked falling VMT in recent years [iii], and just 27% of VMT is commute-related [iv]; however, commute trips are typically what are addressed in transportation surveys. Arguably the most frequently used proxy for understanding bicycling is the American Community Survey, but that again uses a very imprecise metric around commutes, which again only addresses trips that represent one-fifth to one-quarter of all trips made. Without knowing how (and why) people travel, it is difficult to appropriately fund an effective or efficient transportation system.

Nationally, attention is moving to the need to collect more and better data for bicycling. The Federal Highway Administration (FHWA) under the mantle of US Department of Transportation Secretary Anthony Foxx’s “Safer Streets, Safer People Initiative” has launched a  “Bicycle-Pedestrian Count Technology Pilot Program” with ten Metropolitan Planning Organizations to collect this data.

Up until the last year, acquiring this data has not been a priority of state agencies – notably the Washington Traffic Safety Commission, which oversees the development of the State Strategic Highway Safety Plan, Target Zero.

This research has now spurred the development of projects that will result in a bicycle miles travelled metric for Washington state.

First, it led to a Bicycle and Pedestrian Safety grant proposal led by Washington Bikes with support from WSDOT and Cascade Bicycle Club. The grant proposal, which is currently ranked for funding – assuming a 2015-17 state transportation budget is passed, will fund for coordination with 10-12 jurisdictions to install a total of approximately 50 permanent bicycle counters statewide. Assuming funding, this work will begin after July 2015 (the start of the new fiscal year) and will closely follow the methodology developed by PSU to establish a clear metric of bicycle miles travelled. 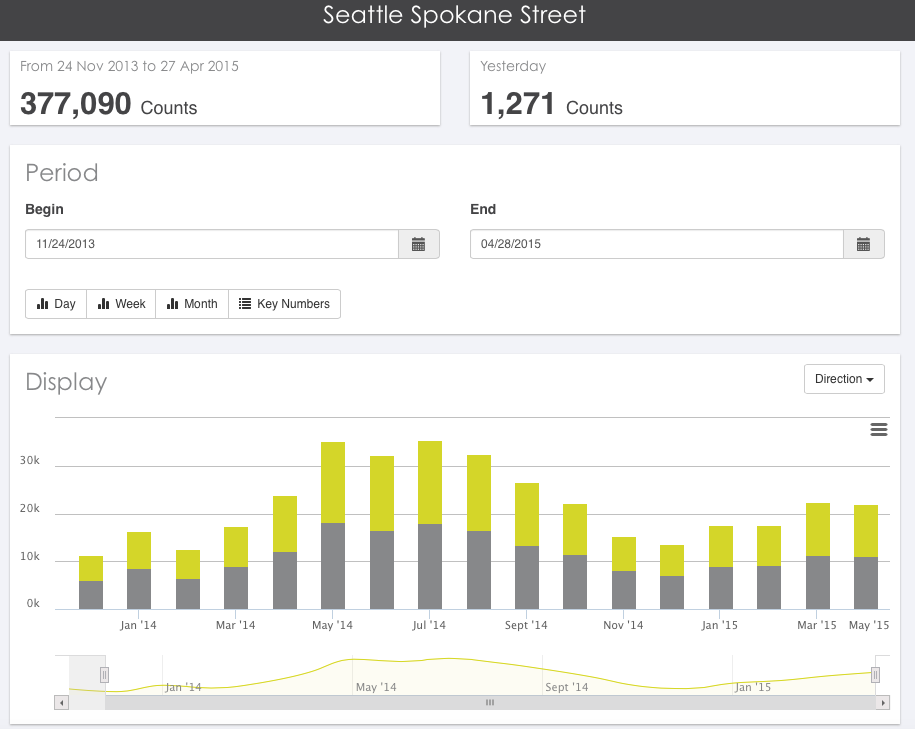 Permanent bicycle detection systems – like what exists on Seattle’s Spokane St Bridge – will provide data like this across the state.

Second, it led to a pilot project led by WSDOT’s Assistant Secretary of Community and Economic Development, Amy Scarton, to help build non-motorized data gathering capacity at WSDOT. The project conducted by the Transportation Data and GIS Office – already underway this spring – will install approximately seven permanent counters in jurisdictions around the state. The first two are already installed in Bellevue along the I-90 and SR 520 trails, and a third is underway at the Bainbridge Island Ferry Terminal. Additional counters are likely to be installed in at least two additional jurisdictions.

When complete, these two projects will add almost 60 permanent bicycle counters to the existing network of approximately 15 counters located in Seattle, Tacoma, and the Spokane area. Counters will guide local jurisdictions in understanding bicycle travel and behaviors, investment decisions for new bicycle facilities, tourism opportunities, and important safety considerations to improve bicycle safety. The data will be open and available for review by everyone. Additionally the counters will help improve the data gathered in the annual Bicycle and Pedestrian Documentation Project.

To add to Washington state’s current status as the #1 Bicycle Friendly State, the over 70 counters located statewide will result in the largest network of permanent bicycle counters in the nation – eclipsing the approximately 30 located in Colorado, as well as other initiatives in North Carolina and Minnesota. 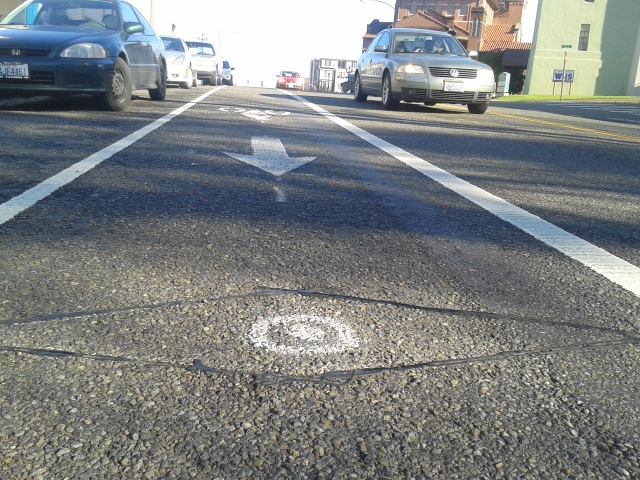 See a diamond cut in the pavement on your bike lane or trail? Ride on and be counted! Photo courtesy City of Tacoma

Establishing a permanent statewide bicycle count network is really exciting stuff. It will help decision makers, the public, and planners better understand risks to vulnerable road users, but will also grow opportunities to improve local economies, save money on smart transportation projects, and improve the health of Washingtonians.

Getting this first effort off the ground represents an important start in counting bicycle riders statewide. It’s a huge step forward to make sure bicycling counts in Washington state.

Huge thanks to University of Washington Masters of Public Affairs student, Kelsey Pullar, for conducting valuable comparative research and writing that contributed to this post.