“There are bike lanes, and then there are bike lanes. The best have something the others don’t: Real protection for cyclists. They find some way of separating riders from the rest of the road—a line of parked cars, a row of planter pots, some plastic barriers.

Go to advanced cycling cities—places like Amsterdam and Copenhagen—and that’s the norm. It’s a major reason why those places have far higher rates of ridership than here. Because people don’t have to compete with cars, cycling is something the whole family feels comfortable doing, even the very young and very old.” 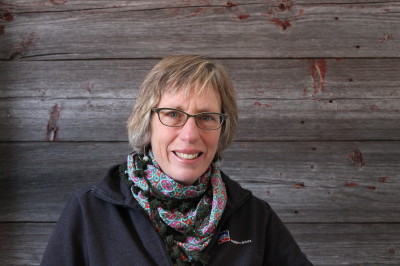 Ask anyone who’s working with the latest bikeway designs who they should talk to about two-way protected bike lanes in the U.S. and one name will come up again and again: Martha Roskowski.

Hard to believe it has only been 3 years since Martha joined PeopleForBikes in January 2012 and orchestrated the launch of the highly successful Green Lane Project. The Project is spurring the development of protected bikeways in U.S. cities and towns, coast to coast.

During the first two years of the project the number of separated and protected (from motor vehicle traffic) U.S. bike lanes tripled, from 50 to more than 150. This infrastructure concept has been widely embraced as a cost-effective way to improve road safety for all users while making bicycling more appealing to a broader audience.

Martha came to Seattle in fall of 2013 for a meeting co-hosted by Washington Bikes and Cascade Bicycle Club in the run-up to the selection of cities to participate in the second round of Green Lane Projects. She made no bones about it: To have any chance at all of being selected a city’s leaders couldn’t just say they would study two-way protected lanes or put them in a long-term bike master plan. They had to commit to putting a lane on the ground for real within 12 months.

Seattle city staff and elected officials took her words to heart and submitted a winning proposal. The two-way protected bike lane on Second Avenue through the heart of downtown opened in September 2014 and was named to People for Bikes’ list of the top ten best bike lanes in 2014.

Martha serves as Vice President of Local Innovation at People for Bikes and directs the PFB Green Lane Project. Before joining PFB she spent 7 years managing GO Boulder, heading up the innovative transportation planning, policy and program efforts for the City of Boulder. She led the America Bikes campaign in Washington DC from 2002 to 2004, focused on the reauthorization of the transportation bill. That effort created the federal Safe Routes to School Program and launched the Complete Streets movement. She also spent seven years as the Executive Director of statewide advocacy group Bicycle Colorado.

Martha will open the Washington Bike Summit with remarks during the lunch plenary session Monday, March 16. For more details on the agenda and to register for the Summit, see our 2015 Bike Summit page.