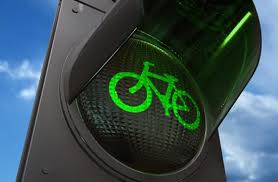 We’re not fans of the term “scofflaw” as applied to people on bicycles. It implies that riding a bike is associated with breaking the law more than people who drive. In fact, a 2013 study by Portland State University professor Chris Monsere found just the opposite.

So it caught our eye when the Washington Post Wonkblog ran a Jan. 9 piece called “Let’s talk seriously about why cyclists break traffic laws,” with a link to a Scofflaw Biking Survey. Reporter Emily Badger wrote,

“Most of us, whatever mode we travel, break the law at some point, Marshall points out, whether we’re driving five miles over the speed limit, or crossing the street against the crosswalk. And yet, we tend not to treat lead-footed drivers with the same disapproval as cyclists who ride through stop signs, even though the former behavior is potentially more publicly harmful than the latter. Which raises another question: Are cyclists really more prolific scofflaws than drivers anyway?”

Prof. Wesley Marshall of University of Colorado Denver, one of the researchers leading the study, sees the word quite differently. When we asked why the survey wasn’t labeled something neutral that didn’t load the dice with presuppositions, he wrote,

“In terms of using the word ‘scofflaw,’ it was very intentional. If I had called it something more general like a ‘transportation behavior survey there is no way I’d have gotten even a fraction of the respondents that we have already.  It’s a long survey, and we don’t have funding to pay people to take it — so we had to rely on a somewhat provocative title to garner a strong reaction and some online attention.

“Also, I am using the word ‘scofflaw’ in homage to its origins with the bootlegging that occurred during Prohibition (the word “scofflaw” emerged from a 1924 contest held by the Boston Herald trying to come up with a term to describe somebody who flagrantly disobeyed the Prohibition law). The intent is to reference the fact that while some people were in fact breaking the law, social norms didn’t view these people as criminals. Same goes with scofflaw cyclist…. yes, they are breaking the law — but many people (including myself in many instances) don’t also see them as criminals (similarly to how society looks at someone that goes a few miles an hour over the speed limit).”

So are you a “scofflaw” or someone exercising judgment while negotiating a system not designed for bicycles? Take the study and invite non-bicycling friends to take it too; it includes questions about driving behavior.

The survey will take about 10 or 15 minutes to complete. It asks questions about respondents’ travel patterns and experiences as bicyclists under various situations, with photos to illustrate some situations.

The survey is part of a larger study intending to better understand our transportation system and what factors might correlate with different behavior patterns. The researchers say in the survey introduction, “Findings from the study could help create streets that serve many users comfortably, safely, and efficiently.”

Speaking of laws that don’t accommodate people on bicycles, we’re working on a bill that addresses faulty traffic signals (meaning those that don’t detect bicycles the way they should under a law we got passed in 2009).

While we have you thinking about bike laws…

Sign up for our e-news and request your copy of our pocket guide to Washington state bike laws, “Drive Aware” brochure to share with your favorite driver who doesn’t understand why we sometimes control the lane, and other materials to help us all ride heads-up.

This article was posted in Alert, Attitudes, Bike Culture, Issues & Advocacy, Legal, News, Research, Safety, Transportation. Bookmark the permalink. Follow comments with the RSS feed for this post. Both comments and trackbacks are closed.