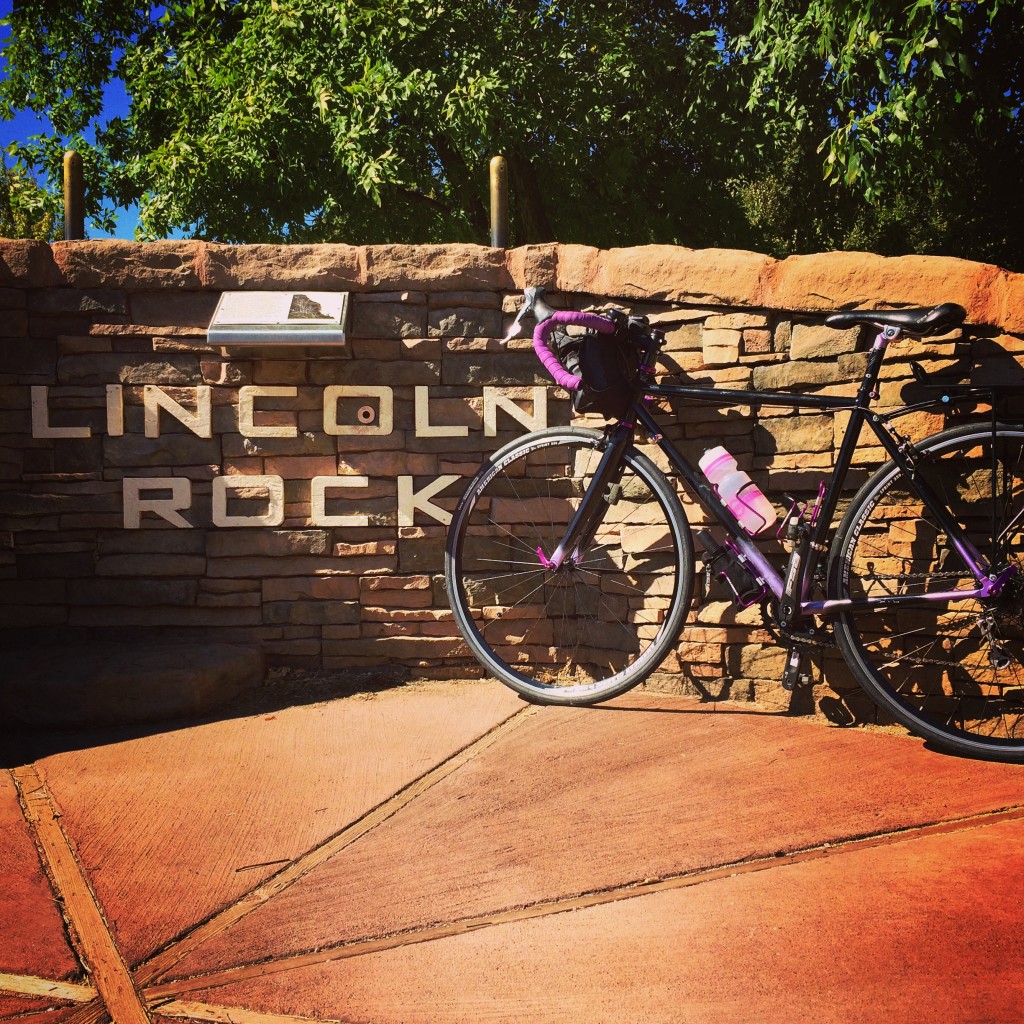 I grew up riding my bike on the streets in my small hometown, the joy of lazy Sunday afternoon explorations began early in my life. As our NCW days begin offering the gentle warmth of the harvest season, the desire to go out and explore on a Sunday afternoon on the saddle of my bike (Purple Majic) is a temptation I can’t resist. Today I decided to ride out to a local state park and finally answer a nagging question, one that has been looming in the back of my mind since I moved to the area in 2006; why is the state park north of my current hometown named Lincoln Rock State Park?

After church on this beautiful fall day I rode up my hill to Eastmont Avenue and rode the new Eastmont extension (riding in the only buffered bike lanes in our valley) to NW Cascade Avenue and I headed north. NW Cascade Avenue is the local bicyclist’s alternative to riding on the shoulder of Hwy 2/97, it is a quiet winding road through some of our local orchards. Eventually I had to get onto Hwy 2/97 for the short distance up to Lincoln Rock State Park. Besides wanting to answer my long unanswered question I also wanted to check out the new segment of trail extension that will eventually connect to the Apple Capital Loop Trail. The long controversial loop trail extension to Lincoln Rock State Park has a recently completed 1 mile section (with 4 miles yet to go before it is connected to the Apple Capital Loop Trail on the Wenatchee end) that I had not yet officially ridden. There are so many things to explore and they are so close to my home, yet I’d never ventured all the way into this park to explore.

As I rode toward the park I began to wonder if I should have brought my Discover Pass for access into the state park. In my mind I vaguely recall hearing that bicycles are not required to have a Discover Pass, yet the conversation in my head on the ride there led me to wonder if I would need to strike up a bargain with the park ranger in order to enter the park and answer my imminent question. To my pleasant surprise (and added to my growing list of reasons to travel via my bicycle more) I learned that a bicycle (and its rider) have access to the parks without having to possess a Discover Pass!! I then asked the ranger to enlighten me as to where I might find a rock that provides the reason for the naming of this park. He eagerly explained to me where I needed to go to view the natural rock formation (“unlike the manmade attraction in South Dakota”, he added) that is the source of the name of this beautiful park.

I wound my way through the expansively green park in the direction the ranger gave me. Many memories of family vacations, camping in state parks on the Oregon Coast and riding my bike to explore them, all began flooding my mind. As I rode I observed children riding their bikes on the paths and I quickly had a flash of memories of doing the same with my brothers when I was young, this brought joy to my afternoon.

I found the viewpoint for the namesake rock exactly where the ranger told me it would be, it was next to the concession stand by the parking lot that is down by the boat launch. The pinhole viewers provided me the answer to my question. As I glanced across the river, first simply looking in the general direction and then looking through the primitive viewfinder, I could see EXACTLY the reason the park has its name, the profile of Abraham Lincoln is there in the rock cropping across the river in all its glory! I took pictures as best I could through the pinholes, I read the history of the naming of the rock, and I simply took time to breathe in the moment and the experience of answering a long unanswered question.

I decided to celebrate my discovery with a milkshake from the small concession stand at the viewpoint. As I stood there waiting for the kind woman to make the shake, the owner of the business (the business is privately owned and separate from the park) came in and we struck up a conversation. He told me about his desire to install bike racks at the business and then post signage where the Apple Capital Loop Trail entrance to the park that will let bicyclists know the racks are available at this bicycle friendly business (my label for his vision) located inside the park. I praised him for his vision as my quick observation led me to believe that bicycling isn’t a regular transportation choice for him, yet he sees the healthy, active connection his idea promotes. He expressed his concerns that park funding would prevent the park ranger from installing bike racks, but as a business owner saw the value of offering what he could.

As his business filled with other bicycle riding campers our conversation came to an end and my milkshake disappeared through my straw to become my fuel for riding home, I continued on with my afternoon exploration of the park and the loop trail connection. I rode the short mile to the lookout near the dam,   all the while dreaming of a day when I will be able to ride my bike, with my camping gear, on the loop trail, to this friendly and welcoming oasis a short distance from my home; a future staycation just waiting to be become reality.

Today I found Lincoln Rock, who knows what discoveries the next exploration will bring. What I do know is the joy and freedom I find when on my bicycle as well as the discoveries and connections that come from letting go and letting life unfold one question at a time. 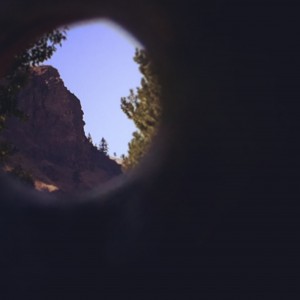 “A likeness of the Great Emancipator” at Lincoln Rock State Park 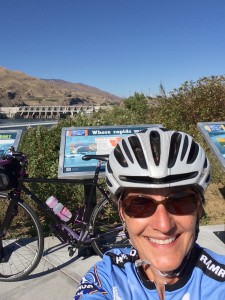 Me and Purple Majic with Rocky Reach Dam in the background

This article was posted in Adventure, Wenatchee. Bookmark the permalink. Follow comments with the RSS feed for this post. Both comments and trackbacks are closed.