Washington Bikes teams up with Saris Cycling Group to challenge 5th grade students to make inspiring posters on a bicycle related theme. Schools hold their own little contests and submit the school winner to the statewide contest. The champion posters win some cool prizes.

We’re calling on Washington 5th graders to get inspired and create a poster that illustrates what the bicycle means to them. This year’s theme is #longfortheride. Participating schools must submit their winning poster and permission slip to Washington Bikes by October 21, 2015. Email Louise@wabikes.org if your school is participating.

Prizes will be awarded to the top 3 finishers in the State Contest:

Contest rules can be found here.

Mail your school’s winning poster to: 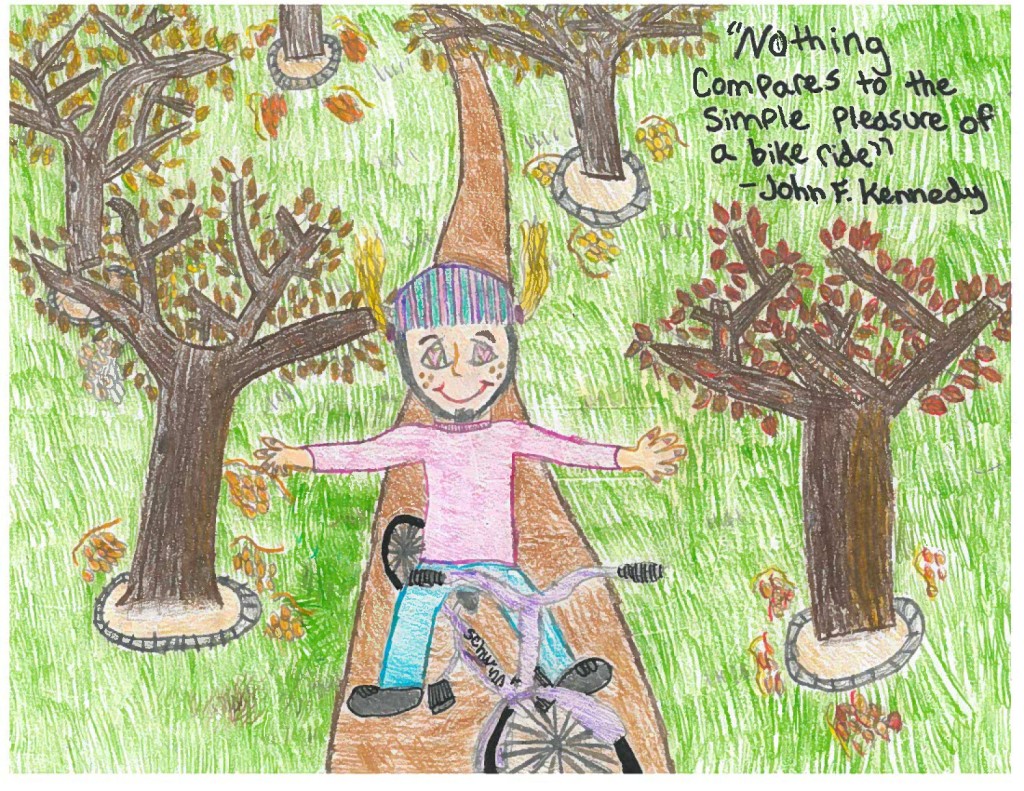 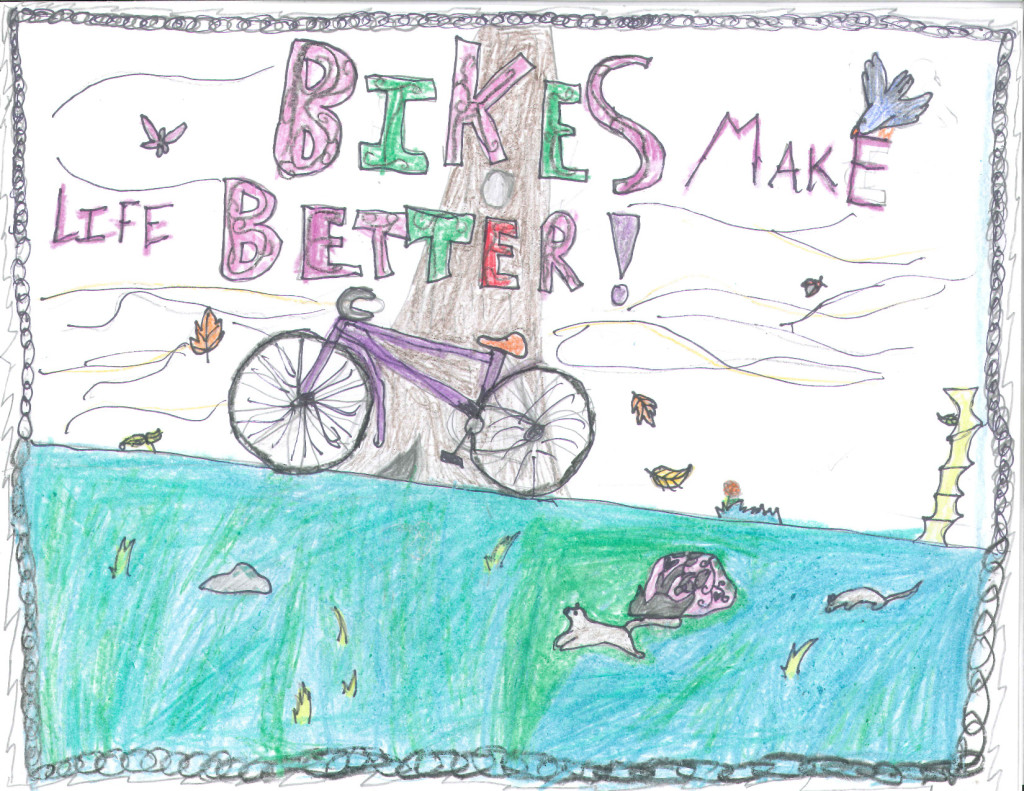 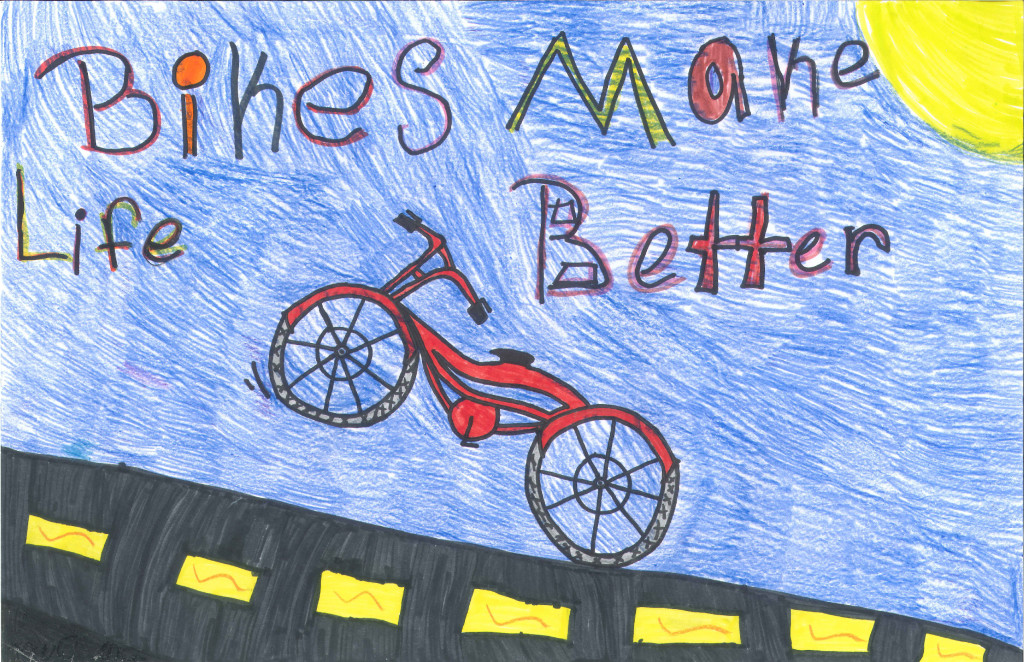 The contest was put on in partnership with Saris Cycling Group, a manufacturer of bicycle racks and cycling training products. Thank you to Schwinn, Lazer Sport, and Planet Bike for donating prizes for the contest.