After considerable anticipation and planning over the past year and a half, the Bicycle Urbanism Symposium has come and gone. The College of Built Environments at the University of Washington recently hosted the first international Bicycle Urbanism Symposium, June 19-22 2013. The event was a huge success, drawing 220 registrants from a dozen countries and attracting more presentation and poster submissions than we could accommodate. Over the course of two days there were 45 panel, paper and workshop sessions on a wide range of topics. Additionally there were 36 poster presentations given. The program overview and general schedule give a sense of the range of topics covered in the Symposium and some details on the presentations. Presentation abstracts can be accessed from the hyperlinks on the detailed schedule.

The Symposium began with an opening reception on Wednesday evening June 19 from 6-9 PM in Gould Hall on the University of Washington’s Seattle campus. The Symposium included a keynote address, panels, paper sessions, workshops, bike rides, a Disaster Relief Trial and a closing plenary session. The Symposium also coincided with the Fremont Solstice parade and Go Means Go’s spectacularly fun Nine to Five all night bicycle scavenger hunt, which I missed this time around but participated in last year and wrote about here.

Symposium participants included a mix of scholars, practitioners, advocates, educators and more. About one third of participants came from Cascadia, one third from the rest of the U.S. and one third from overseas. The geographic and professional diversity of participants added considerable value and depth to the event. The perspectives of presenters from China, the Netherlands and New Zealand, among others, contributed substantially to the range of the conversation. There was a large contingent of Seattle and Portland folks and the Northwest is clearly the geographic hub of the symposium. While many scholars traveled to Seattle for the event, most of the advocates in attendance were locals. 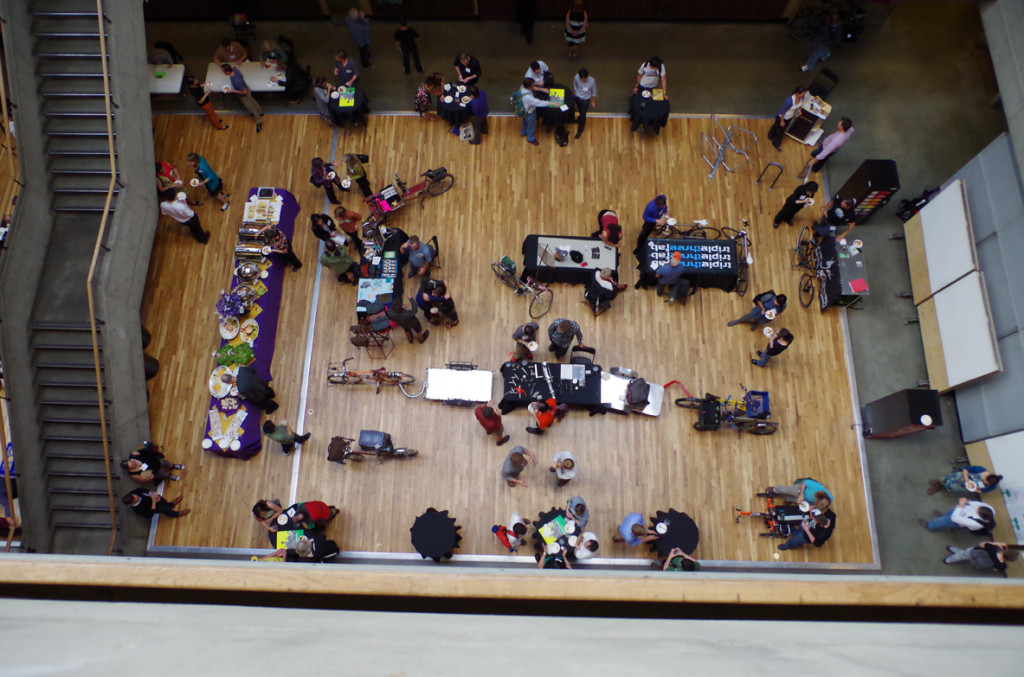 The Bicycle Urbanism Symposium opening reception gets started. All photographs by the author. 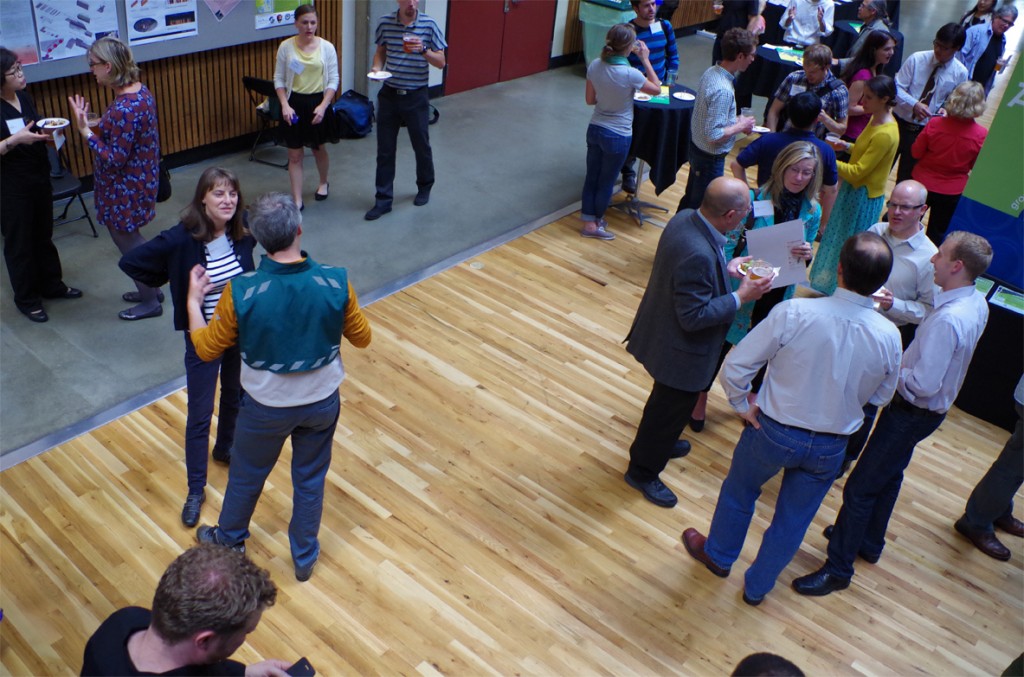 Catching up and getting acquainted 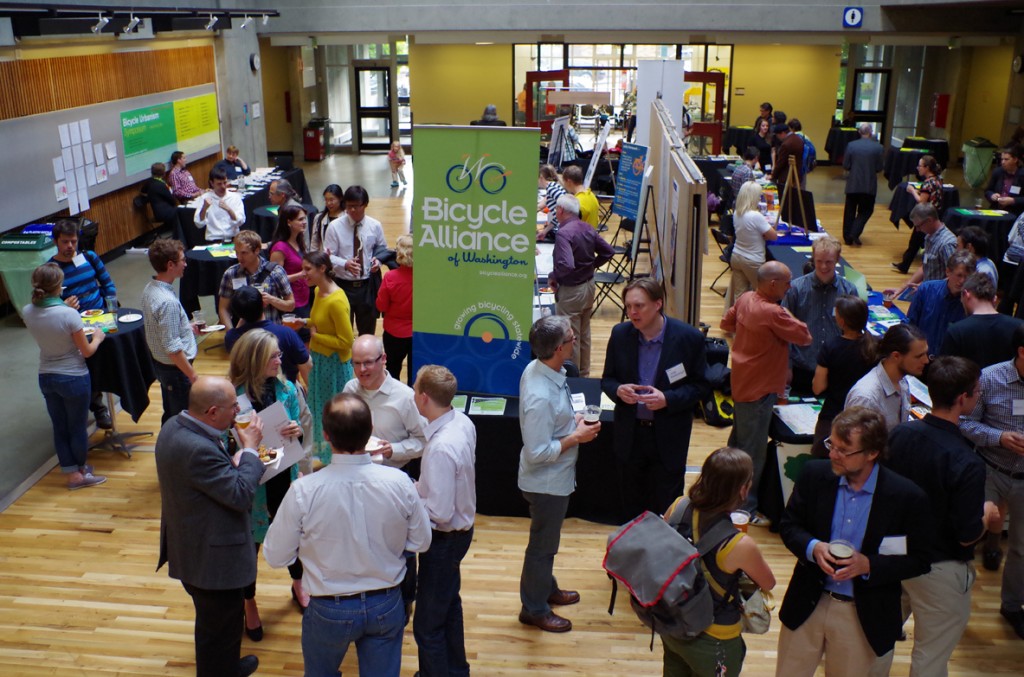 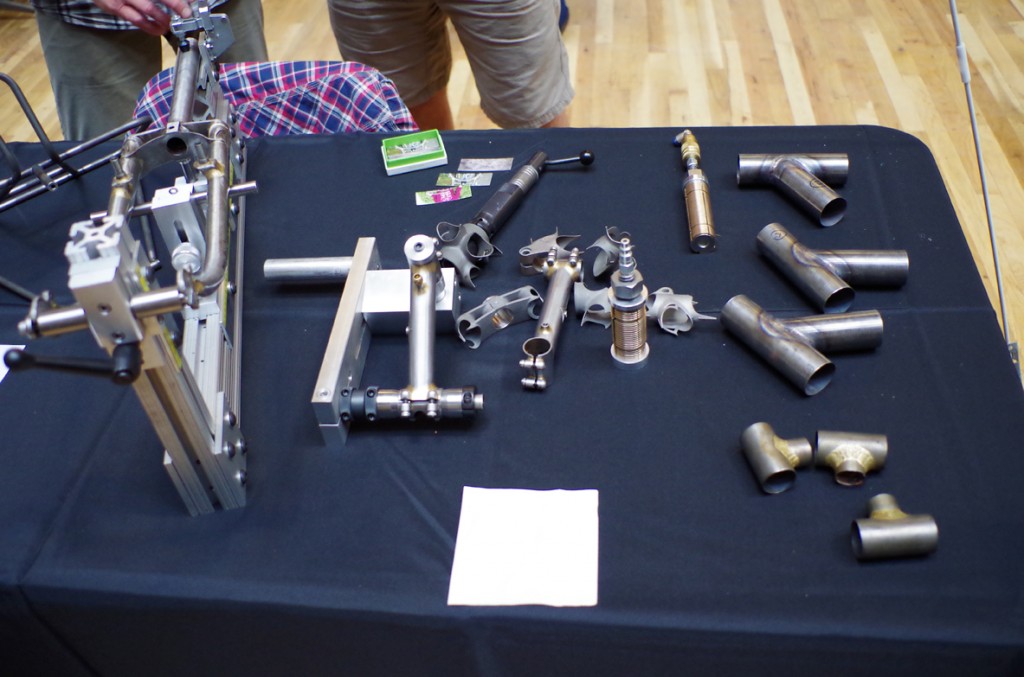 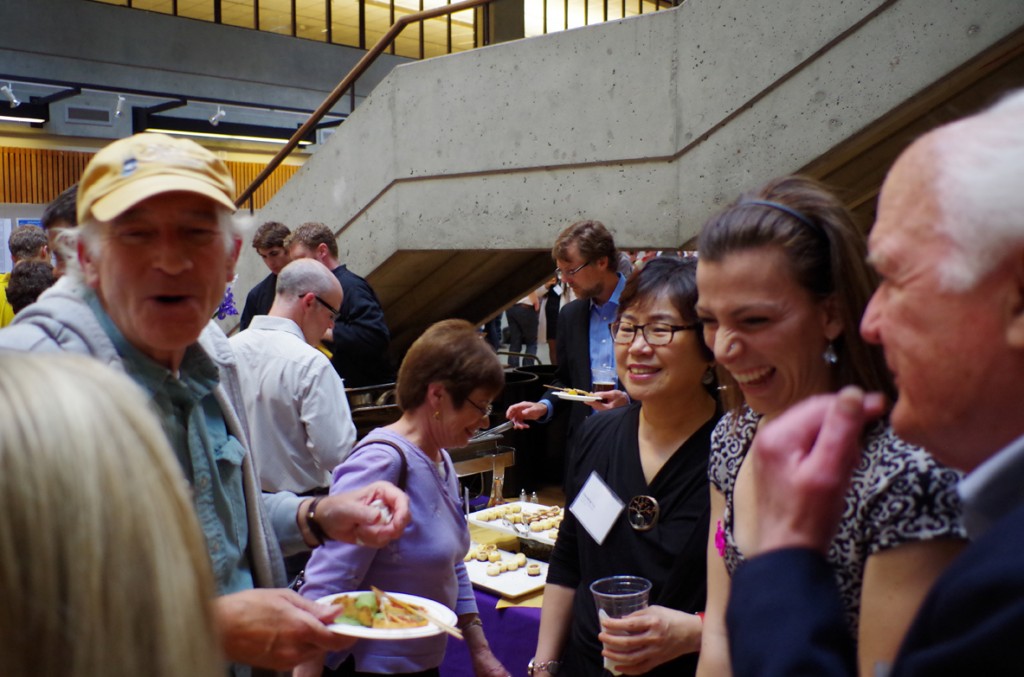 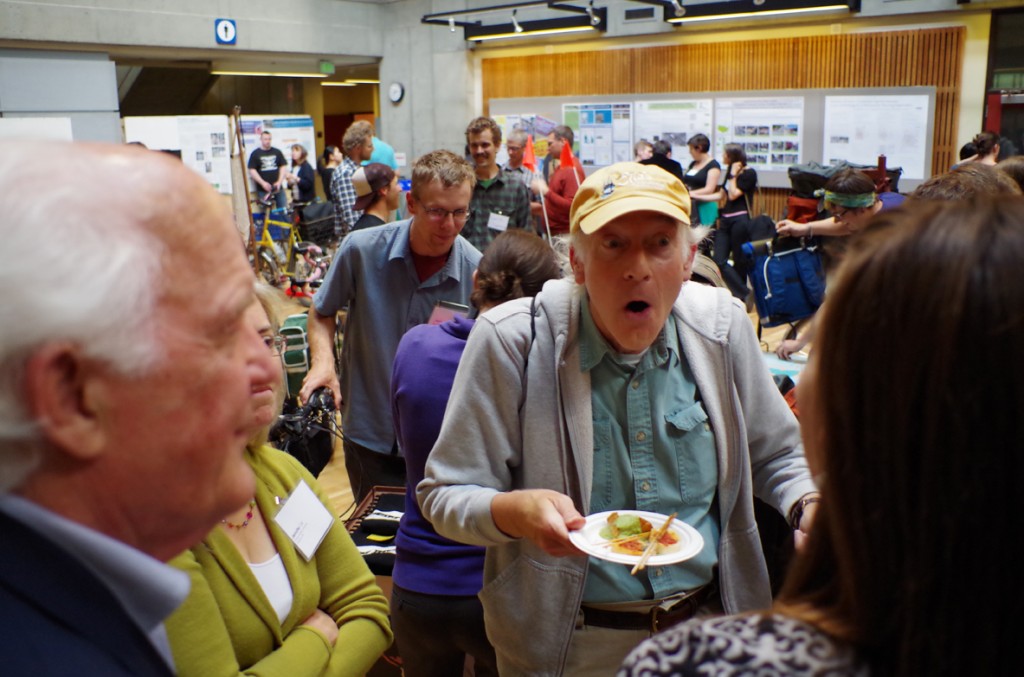 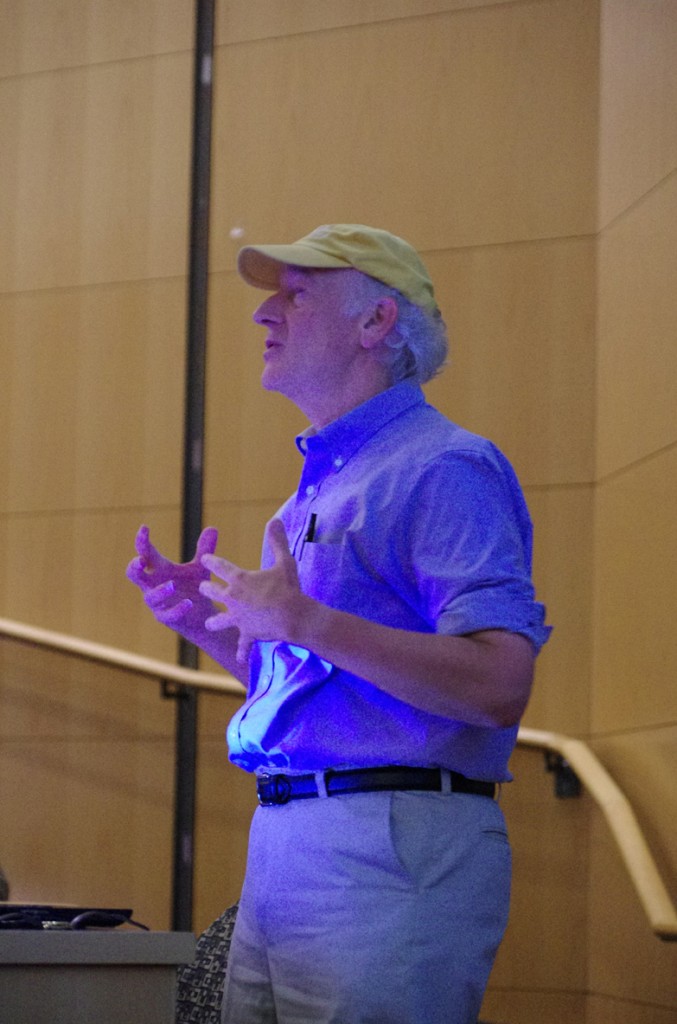 Dr. John Pucher of the Bloustein School of Planning and Public Policy at Rutgers University delivers the opening keynote address

Dr. Pucher’s presentation can be  viewed here; it includes great images and graphic displays of statistics. 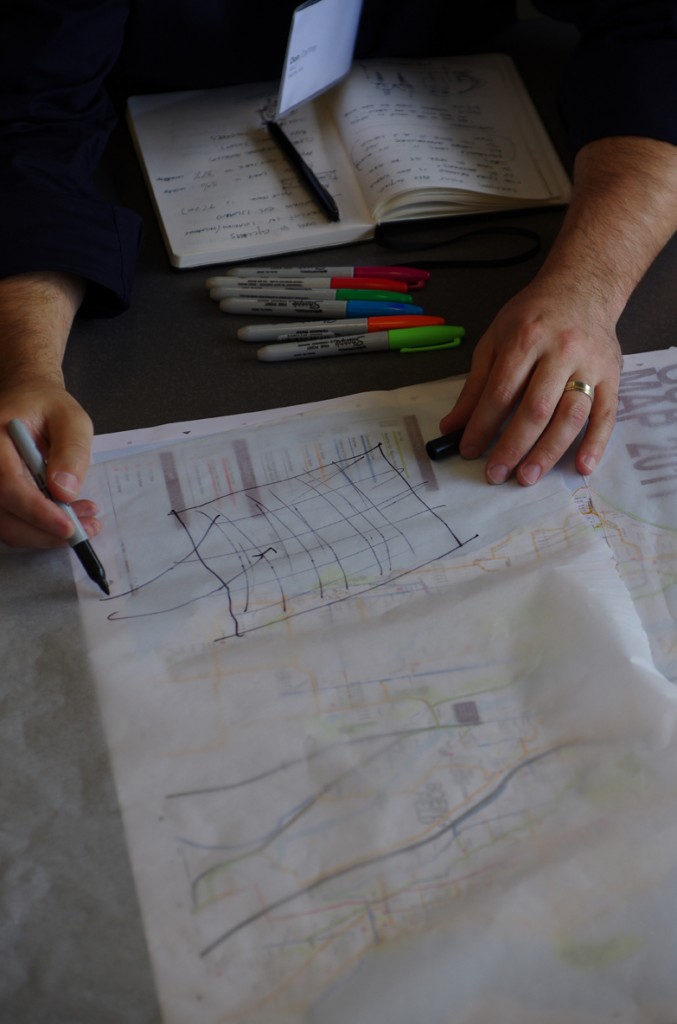 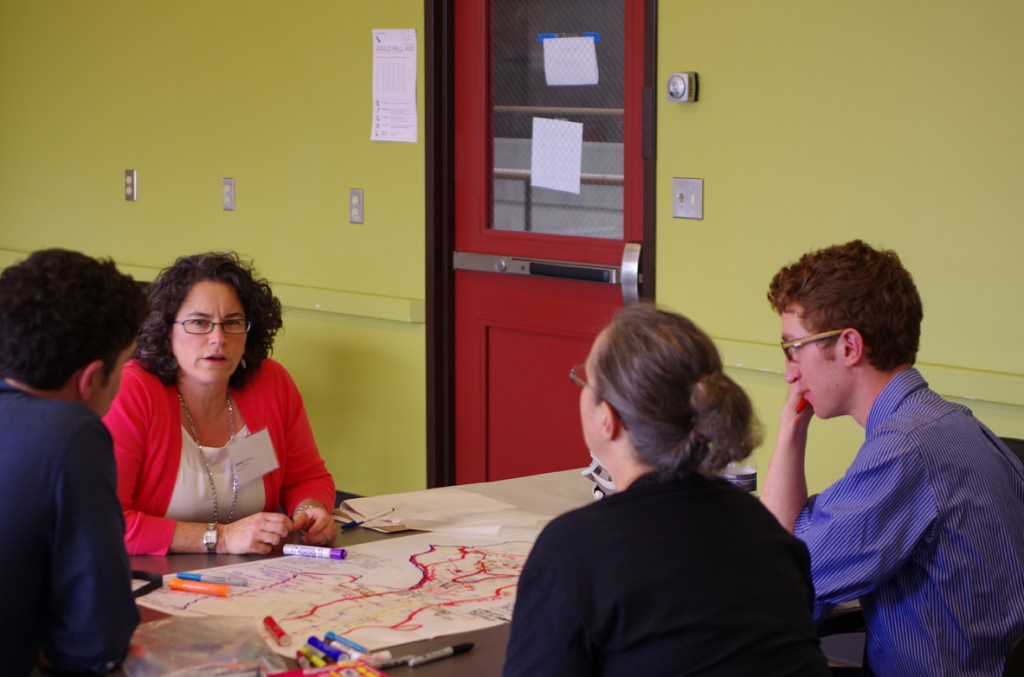 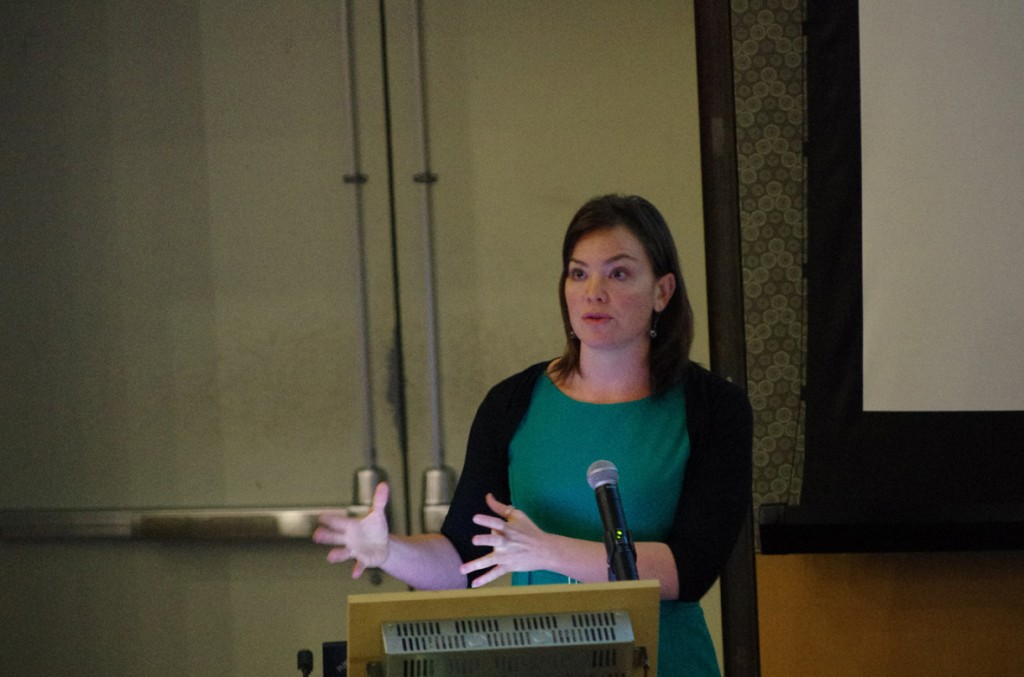 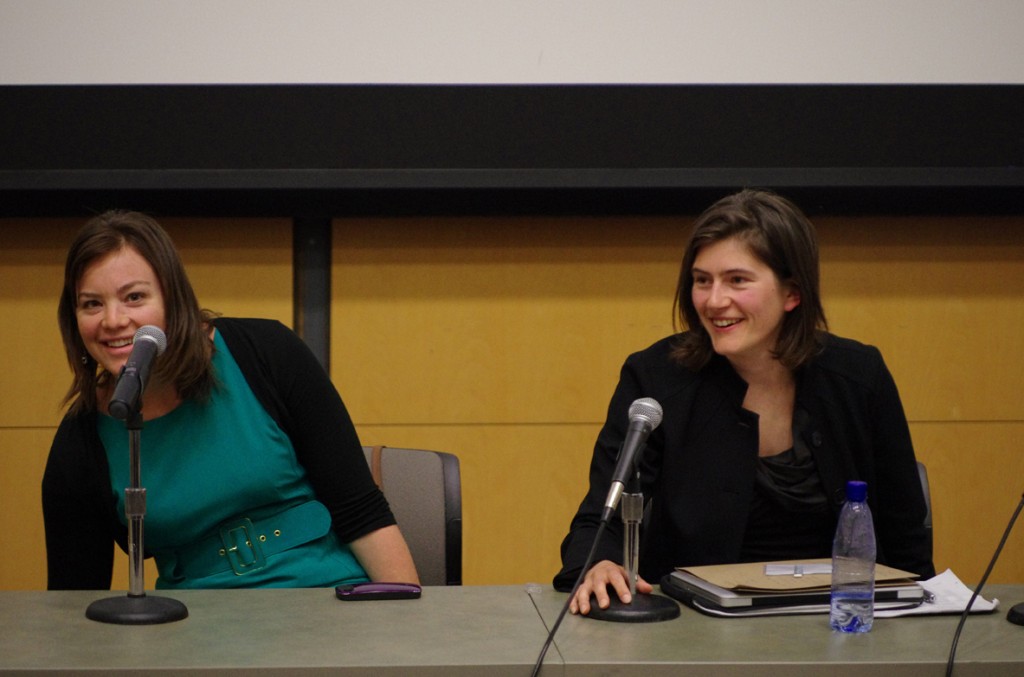 Julie Anne Genter and Eva Heinen have a laugh… 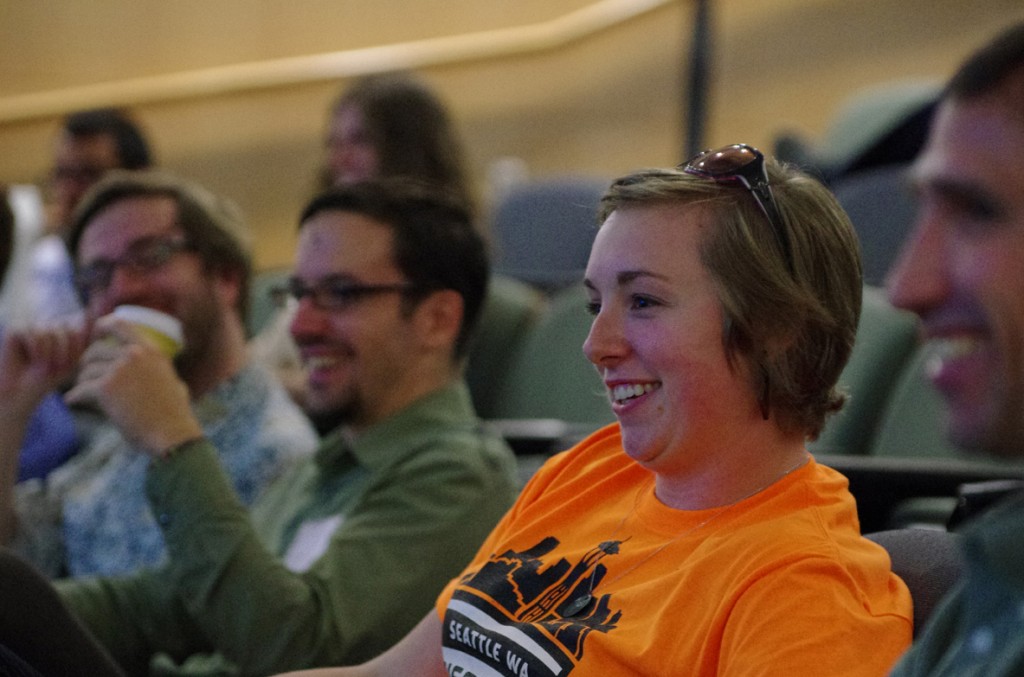 …and so does the audience 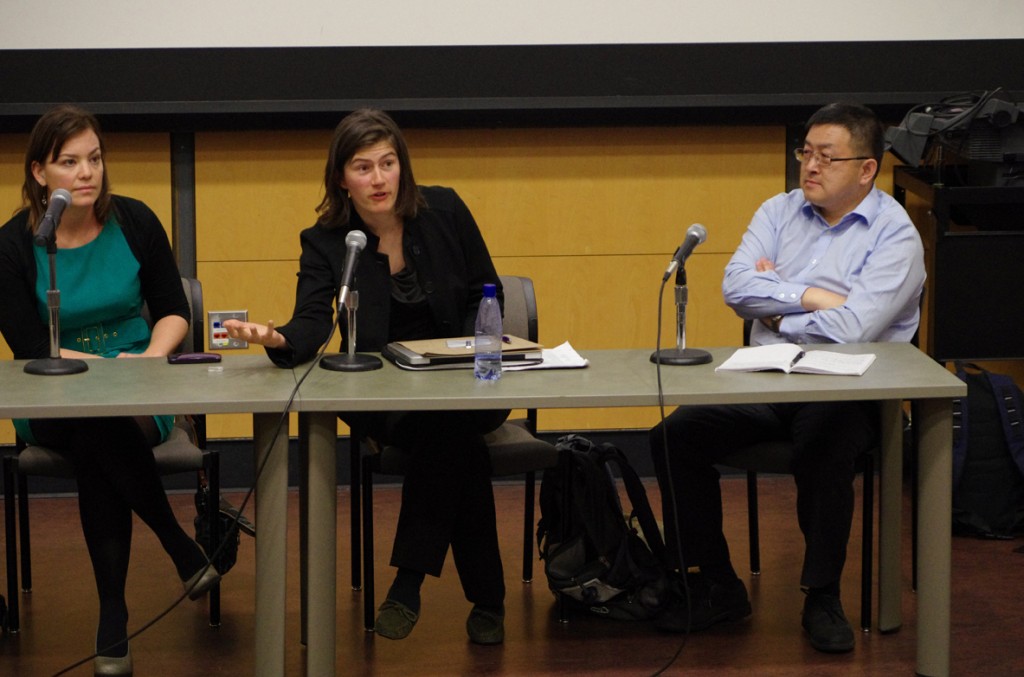 The panel fields questions from the audience 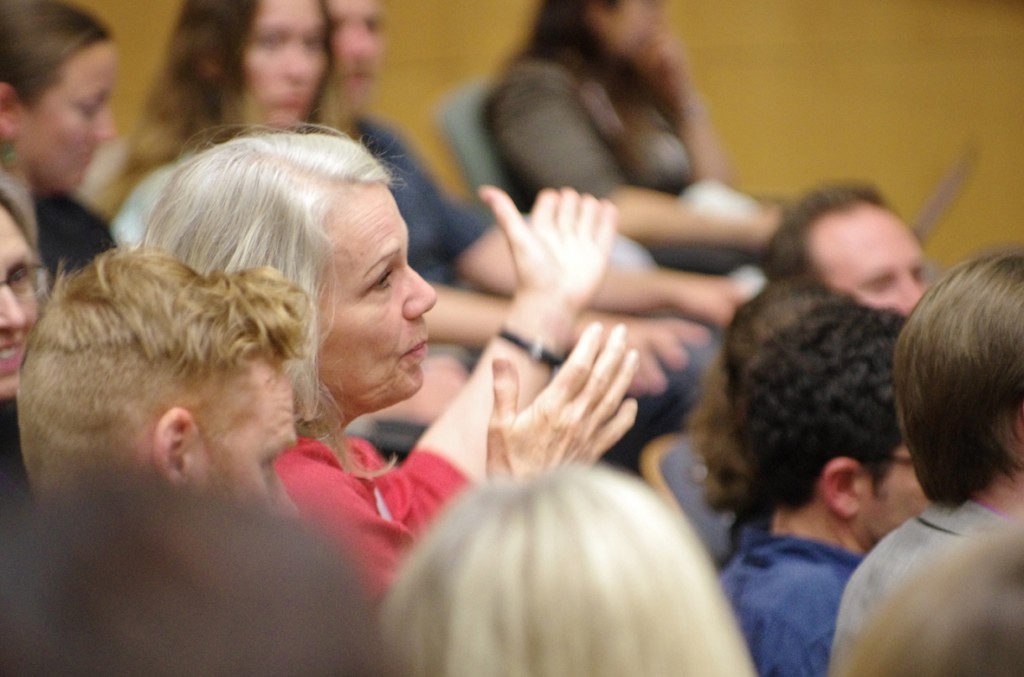 Dr. Anne Lusk speaks from the audience during the closing plenary

The closing plenary concludes with smiles 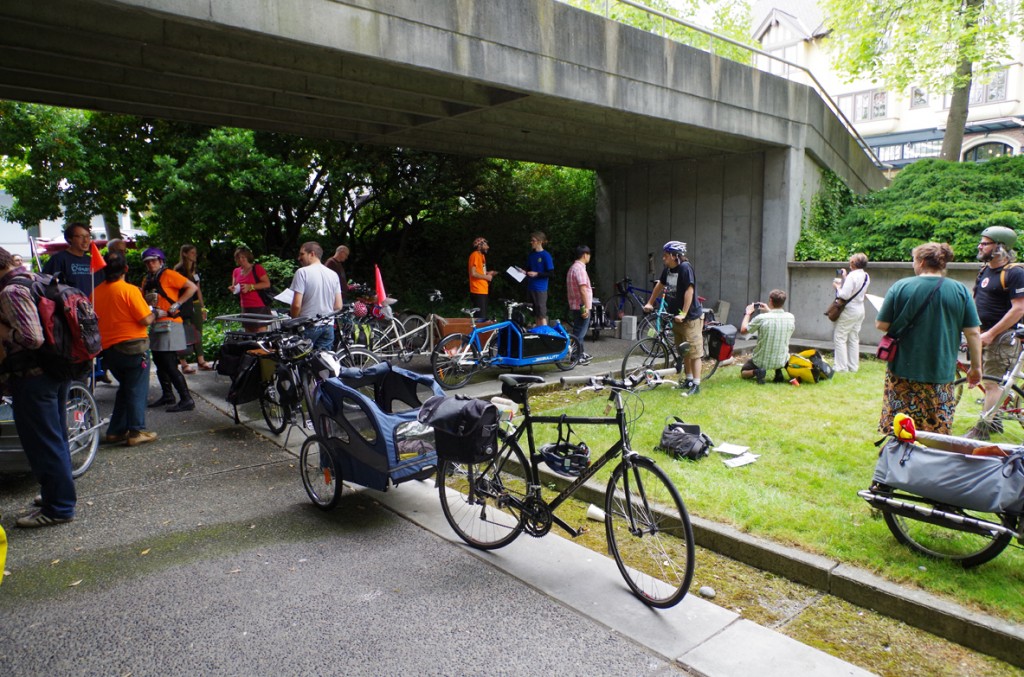 The Disaster Relief Trials (DRT) participants getting ready to begin 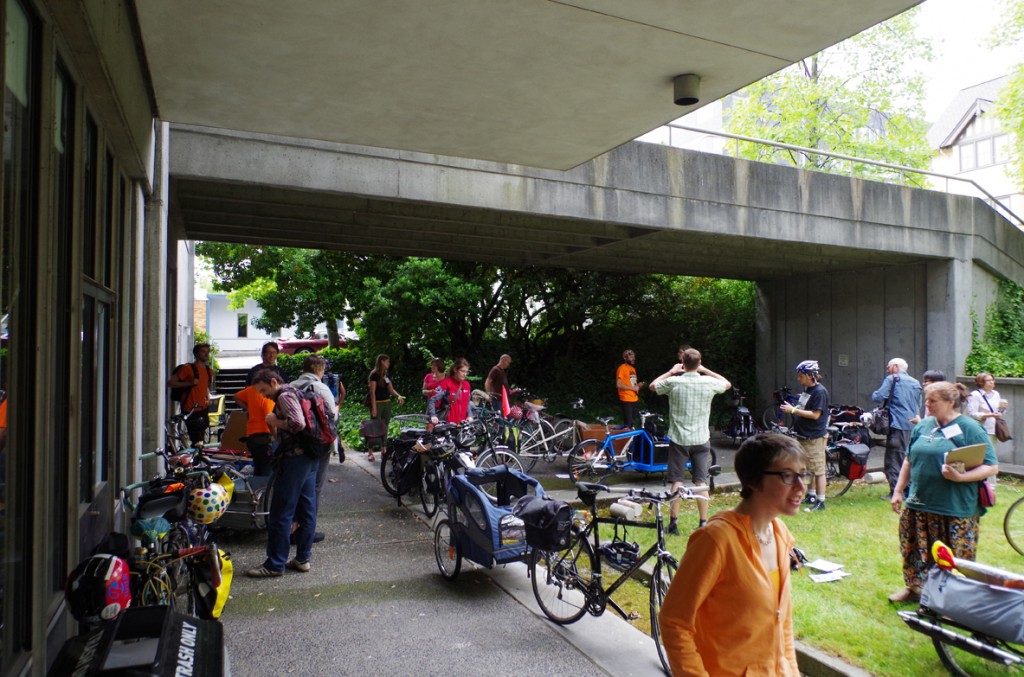 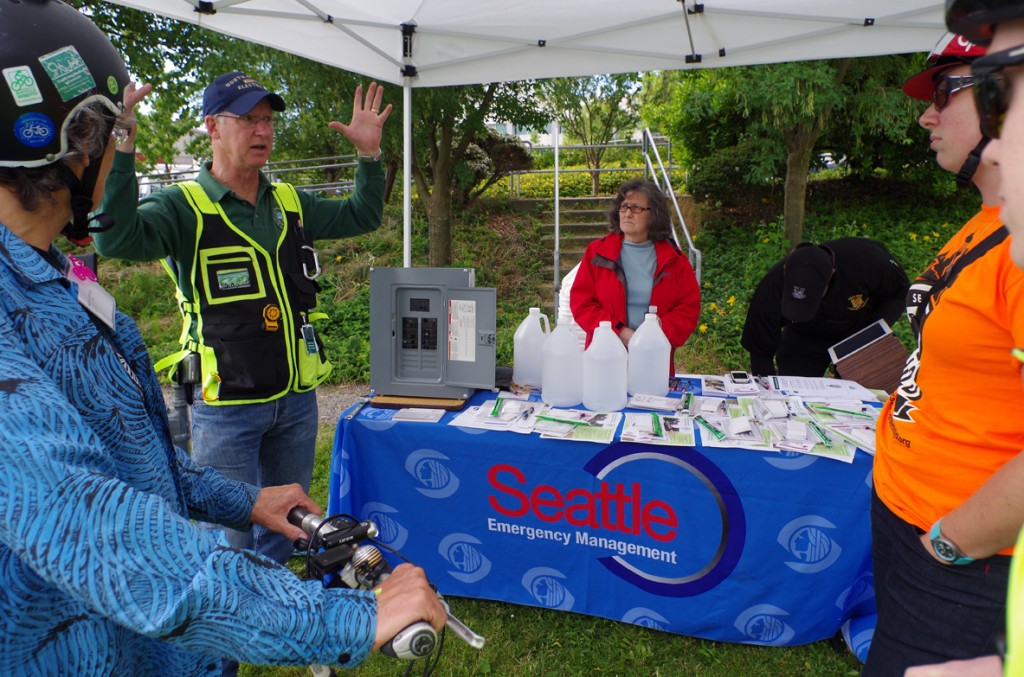 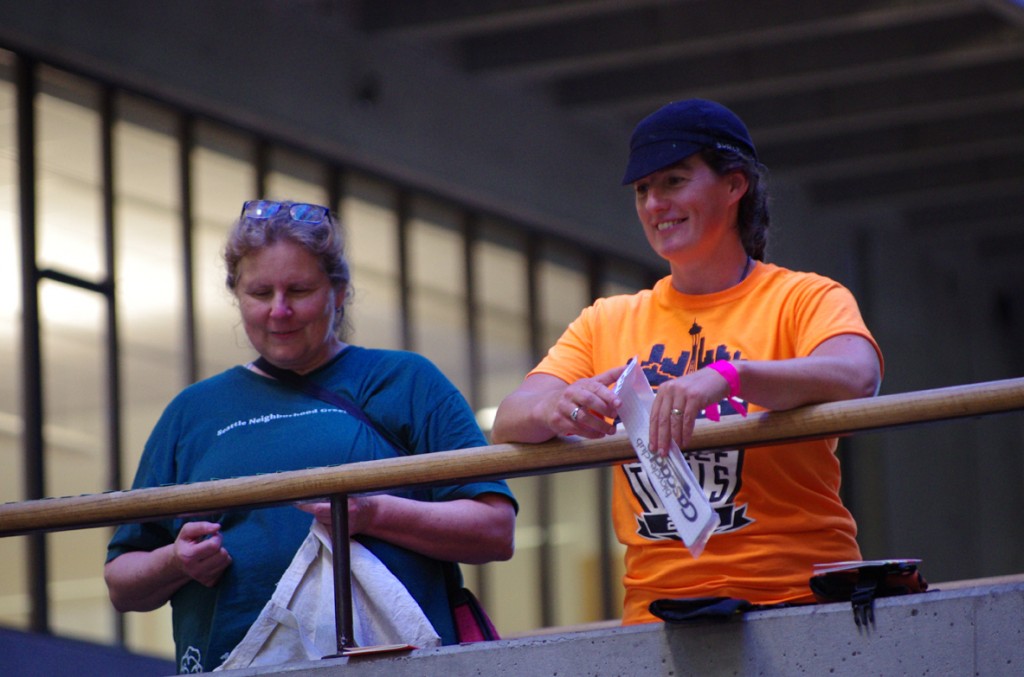 The session which I attended that was most compelling to me was a paper session with the theme of inclusivity. We had presenters from Seattle, Portland, Berkley, Calgary and New York City. Jennifer Black, Jennifer Dill, Bob Edmiston, Ben Han and Todd Seidel gave presentations that were diverse and broadly complimentary in their subject matter and approaches. In addition to moderating two sessions, I conducted a workshop that explored the radical re-envisioning of urban space and the production of bicycle space. I also gave a presentation on the Washington Bikes’s Go By Bike college education program.

Currently the Organizing Committee and Local Host Committee await revisions to paper submissions and will be putting together a book of conference proceedings. The future of the Bicycle Urbanism Symposium is up in the air, since the event was coordinated as a one-time event with no specific plans to produce another Symposium. The organizers would be happy to see the Symposium continue in the future although there are no specific plans for that. It is conceivable that the event could rotate to different cities and be hosted by a different university for each subsequent round and could ultimately take on a life of its own. It would have been hard to imagine the Bicycle Urbanism Symposium meeting with such success even a decade ago. Bicycle urbanism and the research around biking for transportation and health has emerged in the past decade as a maturing sub-discipline of several fields including urban planning, civil engineering, geography and public health.